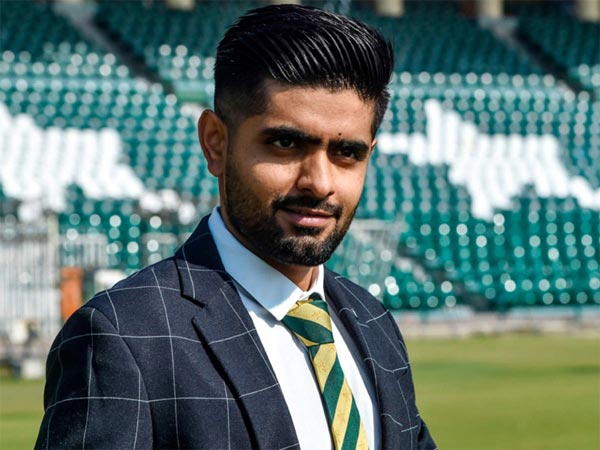 He was the fresh-faced 15-year-old who stared down Shoaib Akhtar in the nets, became the highest-ranked T20 batsman in the world before being elevated to national hero after masterminding a rare Pakistan victory over India. In the breathless aftermath of that 10-wicket win over their fiercest rivals at the World Cup, the national cricket captain was even likened by one commentator to emperor Zahiruddin Babar who conquered India in the 16th century and founded the Mughal Dynasty. Fortunately for Pakistan, the unassuming 27-year-old Babar Azam has his feet firmly on the ground. He has guided his team to five wins in five games at the T20 showpiece and a semi-final clash against Australia in Dubai on Thursday. Along the way, he has piled up a tournament-leading 264 runs.

On Sunday, against Scotland, he hit his fourth half century of the competition. It all started with a brilliant unbeaten 68 against India. That innings, in tandem with fellow opener Mohammad Rizwan’s 79 not out, gave Pakistan their first win over their arch-rivals in 13 World Cup matches. He then scored 51 against Afghanistan and 70 against Namibia — innings that helped him regain the number one spot in the international T20 rankings. “Obviously it’s a proud moment,” said Babar. “The focus on the goal and hard work are behind this and I want to improve day by day.” In April this year, Babar also ended Indian maestro Virat Kohli’s three-year tenure as number one ODI batsman with scores of 103, 32 and 94 in a three-match series in South Africa which Pakistan won 2-1.

‘Offended’ Shoaib: Babar has risen from modest beginnings but was a YouTube hit at 13. Acting as a ballboy at Lahore’s Gaddafi stadium in October, 2007, he confidently pouched a six from South Africa’s JP Duminy which had been launched over long-on. The slow motion replays and praise from the TV commentators who hailed his nonchalance gave Babar surprise airtime. His talents were obvious but his father Azam Siddique was determined that the teenage Babar didn’t get too far ahead of himself. “It’s a blessing for me that my father supported me so much,” he said. “To be honest, he still scolds me if I don’t play well or get out by playing a rash shot.”

From the under-15 to under-19 levels, his strokeplay caught the eye. Former Pakistan opener Mudassar Nazar was particularly impressed when he was head of the national cricket academy in 1999. “I was in the Under-15 camp and one day they (the national team) invited us for practice and Mudassar was very kind to select me to face Shoaib’s bowling,” recalled Babar.

Shoaib Akhtar, the erstwhile ‘Rawalpindi Express’, famously bowled the fastest recorded delivery — 161.3 km/h — at the 2003 World Cup. “Shoaib looked surprised but still encouraged me,” said Babar. “He told me ‘kid you have to defend the ball. I will bowl it up,’. After two or three deliveries, I drove him. “He got slightly offended and asked for a new ball and bowled a bouncer. I ducked and watching from the side, Mudassar called me back (from out of the nets).” Last year, the now retired Shoaib remembered the encounter. “He was talented then, he is talented now, faced me quite bravely in the nets,” he said. Former Australian all-rounder Tom Moody, who has coached in the Pakistan T20 Super League, believes Babar will become a bigger star than even India skipper Virat Kohli. “You think Kohli is good, watch Babar Azam bat,” remarked Moody last year. “I put Babar almost in the same category as Kohli. We talk about how Kohli is so easy on the eye as a batsman. But if you think Kohli is good to watch, have a look at Babar Azam. He is something special.”