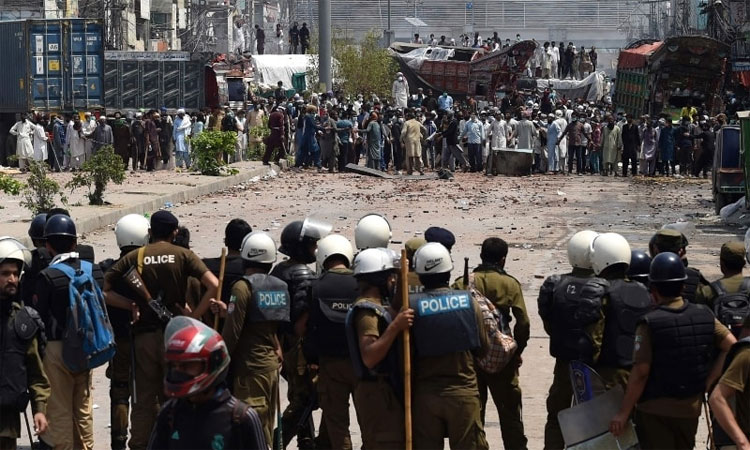 Top police officers of Punjab were transferred on Thursday for “failing to halt the protest march of the Tehreek-e-Labbaik Pakistan (TLP)’.

According to the official notifications issued on Thursday as many as 12 senior police officers, who were responsible for chalking out security plan and halting the protest rally of TLP, have been transferred.

DIG operations Lahore Sohail Chaudhry and DIG investigations Shariq Jamal are among the officers who have been transferred and asked to report to the Services and General Administration Department of the Punjab government.

The development comes two days after at least 60 police officers deputed on GT Road in Punjab’s Sadhoki to restrain protesters asked Punjab Police Inspector-General Rao Sardar to order an inquiry to ascertain responsibility for the ‘flawed security plan’. Prime Minister Imran Khan and Punjab Chief Minister Usman Buzdar had also expressed annoyance over the failure of the Lahore police to prevent the religious party workers from leaving the provincial capital.

The chief minister office had pointed out the negligence of top brass Lahore police at three points – letting the protesters gather, failure to prevent the rally from leaving Lahore and poor intelligence gathering regarding the protesters’ plan.

The demonstrators had stayed overnight in Lahore before leaving the city but despite having too much time police officials could not come up with a plan that could block the exit points of the city and prevent the workers from beginning their march on Islamabad.