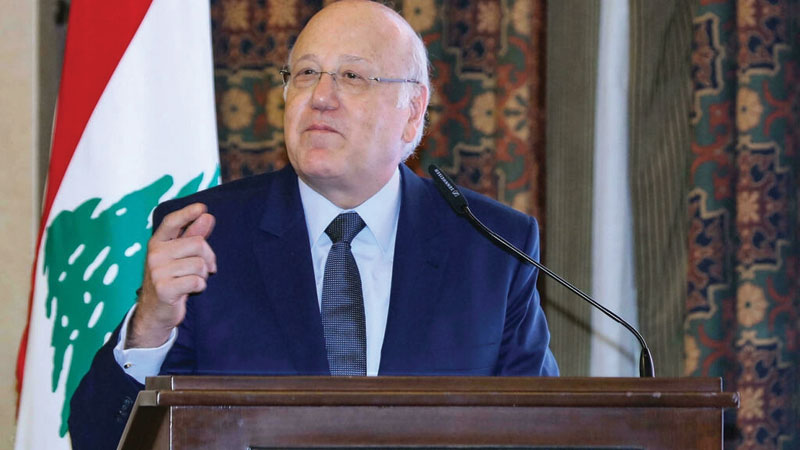 The government is breaking at the seams over a series of disputes involving a probe into last years monster port blast, and remarks by Information Minister George Kordahi over the Yemen war that sparked reprisals from Saudi Arabia and its allies. The measures include a blocking of Lebanese imports — a move that could plunge Lebanon further into financial meltdown.

The crisis has split Mikati’s government — which has not met for three weeks — with some ministers backing Kordahi in his refusal to resign and others calling for him to step down to assuage Saudi anger.

“I call on all parties to… take the necessary steps towards a solution and I emphasise the need for the government to resume work to make up for wasted time,” Mikati told a news conference on Thursday.

Kordahi must “take the necessary measures and prioritise national interest” over partisan or populist considerations, Mikati said, stopping short of asking for his resignation.

‘Saudi interference’: The row was triggered by comments made by Kordahi, who in a pre-recorded interview broadcast last week, characterised the Saudi-led intervention in Yemen since 2015 as an “external aggression”.

Regional kingpin Saudi Arabia retaliated by blocking imports from Lebanon, in a fresh blow to a country in financial and political ruin and where a weak government is struggling to secure international aid, namely from wealthy Arab neighbours.

Saudi Arabia is Lebanon’s third largest export market, accounting for six percent of the country’s exports in 2020, worth around $217 million, according to the Lebanese Chamber of Commerce.

On Friday, Riyadh gave Lebanon’s ambassador 48 hours to leave the country, recalled its envoy from Beirut and suspended all imports from Lebanon.

Bahrain and Kuwait have responded with similar measures and the UAE on Saturday recalled its diplomats from Beirut in “solidarity” with Saudi Arabia.

Hezbollah, which is backed by Saudi’s key regional ally Iran, has defended the information minister.

“Kordahi did not make a mistake for him to resign,” Hezbollah deputy head NaimQasim told Syria’s Al-Ikhbariyya TV on Wednesday. “We do not accept Saudi Arabia’s interference in the make up of the Lebanese government and who should be a part of it.”

Blast probe suspended: Hezbollah is at the centre of another dispute involving TarekBitar, the judge leading investigations into last year’s monster port blast, whom the group accuses of bias.

It’s representatives in cabinet said they would boycott cabinet meetings until the government takes a clear stand on demands to replace him.

“Whoever thinks they can impose their will through political paralysis and escalatory rhetoric is mistaken,” Mikati said Thursday, in a thinly veiled criticism of the Shiite group.

“We have tried as much as possible to keep the Beirut blast probe under the purview of the judiciary and we have rejected any kind of (political) interference,” he added.

But shortly after Mikati’s comments, Bitar was informed of a “lawsuit submitted by former public works minister Youssef Fenianos… which forced him to pause the probe until a ruling is issued”, a court official told AFP on condition of anonymity.

It is the third time that Bitar has had to suspend his probe in the face of lawsuits filed by former ministers suspected of negligence over the August 2020 explosion.

The total number of lawsuits filed against Bitar now stands at 15, according to judicial sources.

Human rights groups and victims’ relatives fear the repeated suspensions are a prelude to Bitar’s removal, which would further derail the official inquiry into Lebanon’s worst peace-time tragedy.

Bitar’s predecessor, FadiSawan, was forced to suspend his probe for the same reason before he was finally removed in February, in a move widely condemned as political interference.