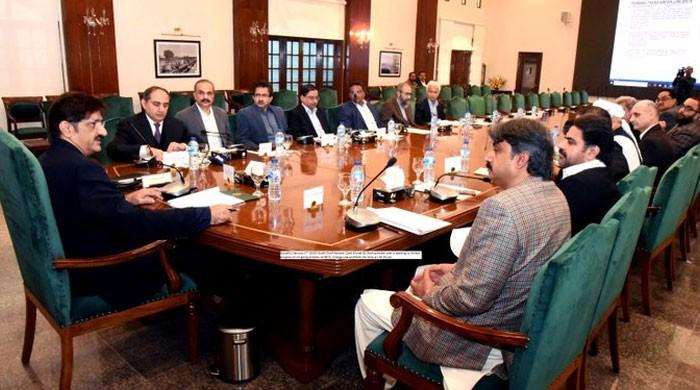 KARACHI: On Thursday, the Sindh Cabinet decided to set the minimum support price for sugarcane at Rs250 per 40 kilograms.

A session of the provincial cabinet, chaired by Chief Minister Murad Ali Shah, also proposed the beginning of the crushing season by November 15.

Adviser to the CM on Agriculture, Manzoor Wassan briefed the provincial cabinet on the support price of wheat.

“The Agriculture department had proposed an increase in the wheat support price owing to a hike in input prices particularly in fertilizer and diesel rates,” he said.

The cabinet directed the agriculture department to consult over the support price of wheat with the stakeholders. The chief minister also directed agriculture to amend the Act.

“In the first phase waste energy will be generated in Karachi. Whereas, in the next phase the projects will be launched in other cities of the province,” Sindh’s energy minister Imtiaz Shaikh said.

“Initially a 50-megawatt power generation plant will be installed in the first phase,” the minister added.