23 dead as bus plunges into ravine in Azad Kashmir 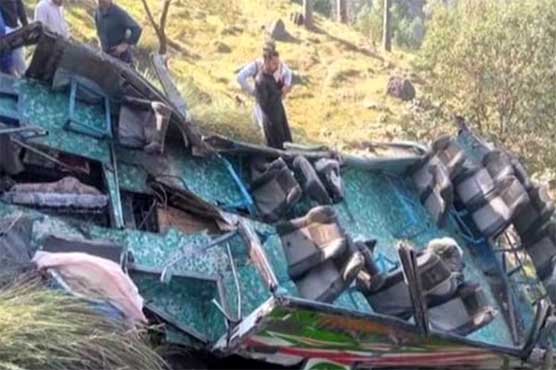 MUZAFFARABAD: A passenger bus fell into a ravine in district Sudhanoti of Azad Kashmir. The bus was carrying more than 30 passengers including children. According to details,23 people have died while 8 others were injured in the incident. The accident took place when a passenger bus was going from Rawalakot to Kotli. The rescue and security personnel rushed to the scene to retrieve passengers from the bus trapped under the debris. Operation is underway and injured have been shifted to nearby hospital for treatment.

The rescue workers have shifted the bodies and the injured to a nearby hospital.

Prime Minister of Azad Kashmir expressed sorrow over the incident and also directed concerned authorities to speed up the rescue operation.