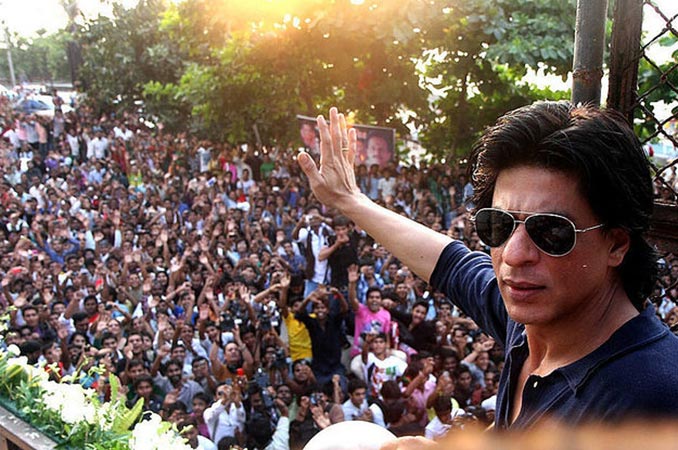 On the occasion of Shah Rukh Khan’s birthday, ie on Tuesday, gifts were kept coming at his house Mannat in order to make him feel special.

Thousands of fans flocked outside his house and at bandstand just to get a glimpse of their favourite star. Not only that, there was a fan who dressed up like SRK and was seen waving from his car just like the superstar in order to thank his fans for their special efforts.

Everyone loved his comic timing and also cheered his presence while others chanted his name while flashing the torch light.

Reportedly, it was been stated by some police official, that SRK’s manager Pooja Dadlani is in Alibaug with his family and they wanted it to be a quiet affair and so they opted for their farmhouse as his elder son Aryan Khan has just released from jail in drugs case.

For many years now, SRK has been following this as a ritual where he stands in his balcony and waves and greets his fans on the special occasions of Eid and his birthday.

But this year, the festivities remained a little low key as the family couldn’t be seen around. His Mannat is seen all decked up to celebrate his birthday as well as Diwali.

While gifts from all his friends from the fraternity kept coming to his home. From Ekta Kapoor to Sidharth Malhotra, everyone sent their token of love for the favourite star.