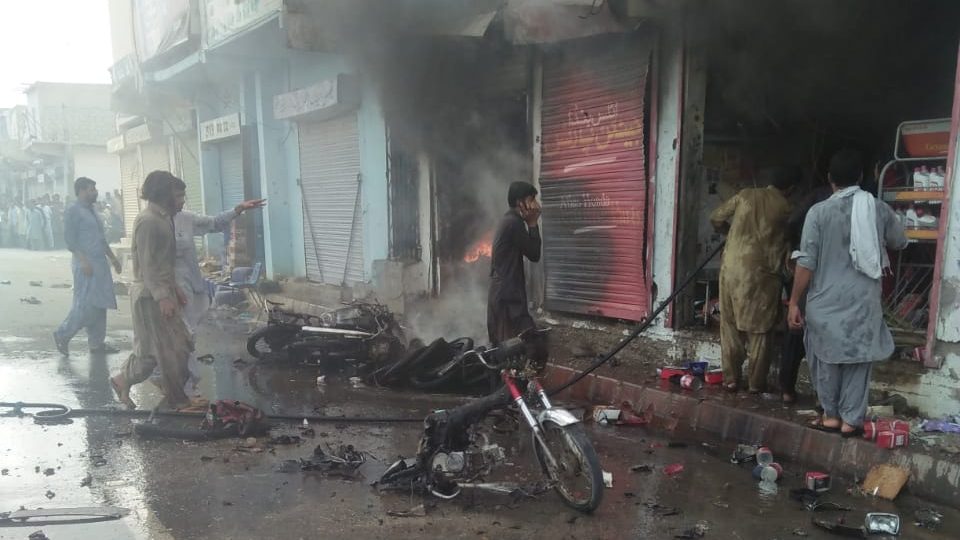 KHARAN: On Tuesday, a blast occurred in the Kharan Bazaar in Balochistan. According to the source, an explosive device was planted on a motorcycle.

At least 12 people were injured in a blast and they were shifted to a nearby hospital, police said.

Moreover, vehicles and nearby shops were damaged in the explosion, an investigation into the incident has been launched, police added.

However, Chief Minister Abdul Qudoos Bazinjo condemned the blast and ordered a probe into it.

“The country’s enemies want to play havoc with the province’s peace,” he said. “Such coward acts of terrorism cannot dim our courage.”