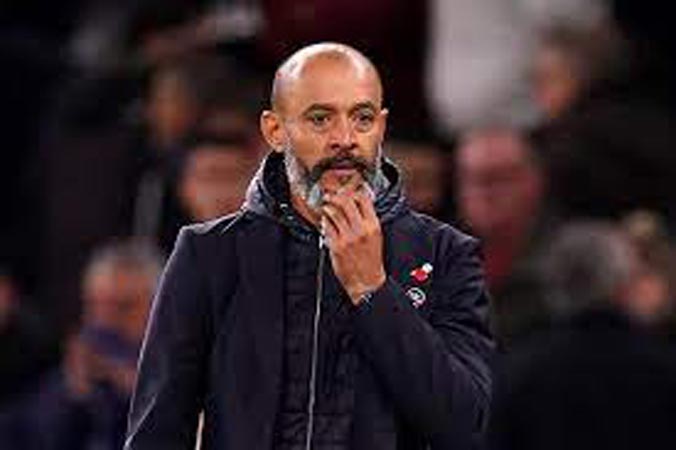 LONDON: Tottenham announced on Monday they had sacked manager NunoEspirito Santo after just four months in charge following their fifth defeat in 10 Premier League games.Spurs gave an insipid display in their 3-0 defeat at home by Manchester United on Saturday, with fans booing and chanting “You don’t know what you’re doing” at the former Wolverhampton boss.Spurs chairman Daniel Levy and managing director of football Fabio Paratici are understood to have met on Sunday to discuss the Portuguese manager’s fate.A statement from the club on Monday said Nuno and his coaching staff had been “relieved of their duties”.”I know how much Nuno and his coaching staff wanted to succeed and I regret that we have had to take this decision,” Paratici said in the statement.”Nuno is a true gentleman and will always be welcome here. We should like to thank him and his coaching staff and wish them well for the future.”Spurs said a further coaching update would follow in due course.Tottenham have lost five of their past seven Premier League matches and are eighth in the table, 10 points behind leaders Chelsea.