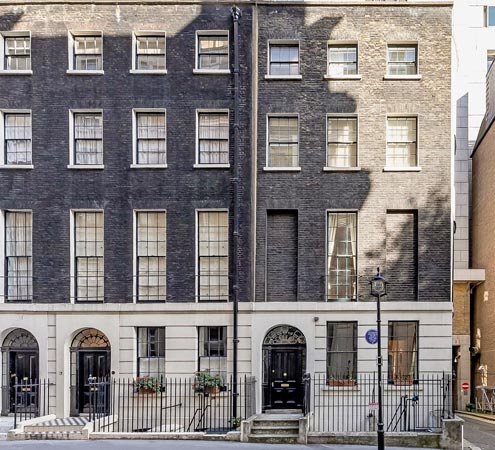 If you’re in the market for a novel place to live – this fascinating property could be just the job. Twenty-five Craven Street, a six-storey house in Westminster, London, is now available to rent for £19,500 a month – and it’s where Herman Melville was inspired to write Moby Dick.

The American novelist moved into the property in 1849, two years before he published Moby Dick. A blue plaque outside the Georgian townhouse commemorates the spell he spent in the building, which was a boarding house at the time.

Melville, who was born in New York, was already a successful writer before he lived in the UK. His first book, Typee, was published in early 1846, becoming an overnight bestseller in England.

Months before his move to London, his wife Lizzie gave birth to their first child, a son named Malcolm.

According to English Heritage, Melville travelled to London in the autumn to secure a publishing deal for his new novel White-Jacket and to gather material for another book – an account of the American revolutionary Israel Potter.

English Heritage says Melville only stayed at the Craven Street address for ‘a few weeks’, residing in the ‘cheap lodgings’ in November and December.

Dexters estate agents, which is renting the property, says: ‘It is believed that he thought up Moby Dick while living at Craven Street. 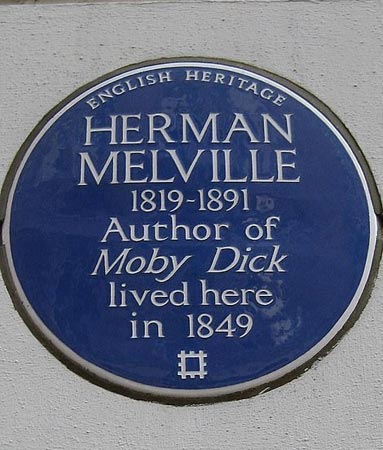 ‘There are mentions in his diary of “turning flukes” [to go under a whale] down Oxford Street as though being chased by a great whale as well as descriptions of imaginary “blubber rooms” in the butcheries of Fleet Market.

‘It was also in London that the author saw JMW Turner’s whaling pictures for the first time, which provided visual inspiration for his new book.’

English Heritage adds: ‘Melville was an indefatigable partygoer and sightseer. In his diary, he recorded seeing the Lord Mayor’s Show, a public hanging, the British Museum, the National Gallery and London Zoo.’

When he left London, he returned to America, and the following year, he purchased what would become known as the ‘Herman Melville House’ in Pittsfield, Massachusetts. He lived in the farmhouse from 1850 until 1863, and it was while living there that the novels Moby Dick, Pierre, and The Confidence-Man were published. The blue plaque was mounted outside Craven Street in Melville’s honour in 2005. He isn’t the only famous figure to have resided on the street – the Charing Cross address also counts Benjamin Franklin among its past residents.

Prospective renters will enter the 4,400 square ft property through a grand hallway, which leads to a reception room with ‘panelled walls, period fireplaces and floor-to-ceiling windows’. The first-floor reception features a fireplace that dates back to 1792.

According to the estate agent, the property’s winning feature – aside from its literary history – is ‘an immense square roof terrace that provides unobstructed views of the London Eye and the river’.

Lazarus Demetriou, Director of Dexters Fitzrovia, says: ‘This beautiful Georgian townhouse in Westminster has it all: heritage, character and incredible views of London’s landmarks. ‘Newly renovated with high ceilings and light on three aspects, it offers the perfect contemporary family home in one of London’s most exclusive locations.’