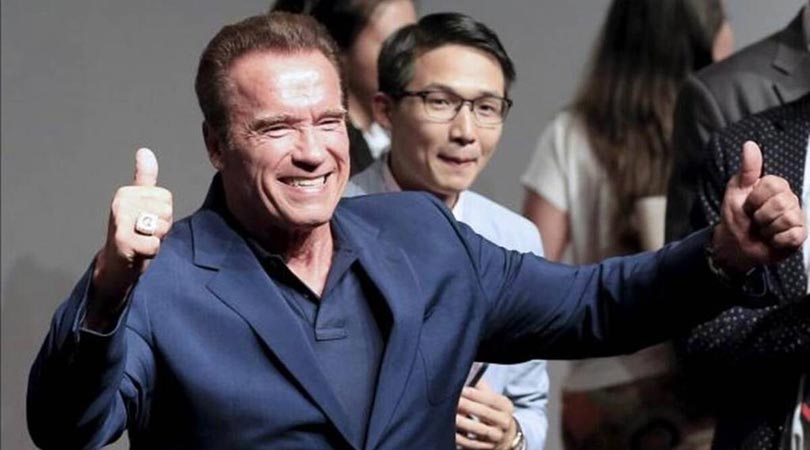 Actor and governor of California Arnold Schwarzenegger revealed that he has reduced his meat intake by three-quarters while condemning world leaders for claiming fighting climate change harms the economy. The 73-year-old told BBC, “They are liars, they are stupid. Or they don’t know how to do it, because we figured how to do it and it’s all about having the balls to do it.” ‘I’ve starred in a lot of science fiction movies and, let me tell you something, climate change is not science fiction, this is a battle in the real world,’ he warned. The Austrian-born actor and bodybuilder also said that he has reduced the amount of meat he eats by about three-quarters over the last few years, but said he is still “gaining” as a result. Previously, Schwarzenegger made an appearance in the documentary, The Game Changers, which explored the growing popularity of veganism. Schwarzenegger, a big advocate for plant-based diets for both health and environmental reasons, revealed that he reduced his own meat intake by 80 per cent. “‘Steak is for men’… They show these commercials-burgers, George Foreman with the grill and epic sandwich-this is great, great marketing for the meat industry, selling the idea that real men eat meat.