‘Rust’ tragedy highlights strain on film crews to ‘get it done’

* Many of the dozen producers — whose number included Baldwin — trying to make an elaborate, action-packed movie on a reported budget, had little relevant experience 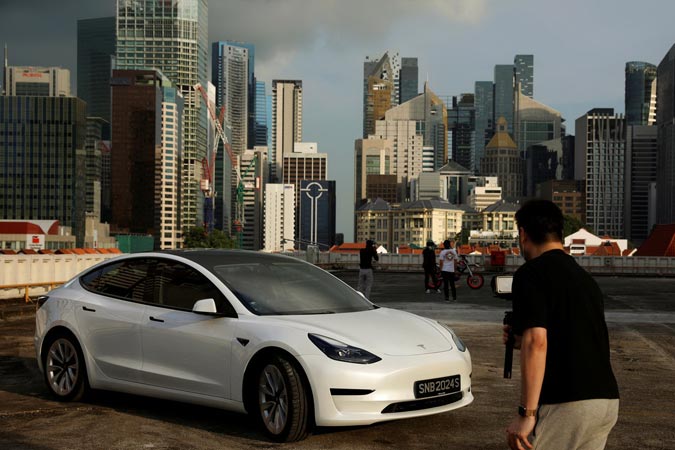 With a surge in demand for new content stretching productions thinner than ever, some film sets are under intense pressure to cut corners to just “get it done,” industry insiders said in the wake of the “Rust” tragedy. The low-budget Western on which Alec Baldwin fatally shot a cinematographer in a tragic accident last week was running behind schedule after crew members walked off the New Mexico set in protest over low pay and poor conditions.

Many of the dozen producers – whose number included Baldwin – trying to make an elaborate, action-packed movie on a reported budget of under $7 million had little relevant experience.

With no major studio attached, “Rust” was funded by a group of small financial companies, and the film was expected to be sold to a streaming service, according to a Wall Street Journal report.

Many of these conditions are typical of a new reality in Hollywood, where the need for fresh content across ever-growing on-demand platforms has upped the ante further for hard-pressed crews, experts said.

“There is a lot of pressure to get things done – and after Covid, there seems to be even more pressure because people are trying to get films out, they have deadlines to meet,” said Joyce Gilliard, a veteran hairstylist who narrowly survived one of Hollywood’s most infamous disasters.

Gilliard’s arm was shattered when a train hit crewmembers during the 2014 filming of “Midnight Rider,” killing a camerawoman. She told AFP that the “Rust” tragedy has “brought on PTSD tremendously for me.”

“If the productions, the studios aren’t even thinking about safety, then it trickles down to the rest of the staff,” she said. “It starts from the top.”

The producers on “Rust” did not respond to repeated AFP requests for comment. While facts are being gathered in the “Rust” case and charges have not been laid, experts warned it is impossible to draw a direct line between cost-cutting and any alleged negligence.

But University of Southern California law professor Gregory Keating said that “people have been using guns as props on movie sets for over 100 years,” and that if established protocols are followed it is essentially impossible for someone to be killed with a live round on set.

“The failure is always to take the precautions that you should take. And the background here is the cost-cutting sure looks relevant to that,” he said.

“It is more expensive to do things the right way than on the cheap.”

At a press conference Wednesday, Santa Fe Sheriff Adan Mendoza said it appeared “there was some complacency on this set.”

“I think there are issues that need to be addressed by the industry and possibly the state,” he said.

‘FRENZY’ — the hiring practices on “Rust” have come under increased scrutiny after it emerged that veteran prop master Neal Zoromski turned down a job on the production due to “massive red flags” during negotiations.

Producers rejected his request for an assistant prop master and an armorer, insisting one person could handle both tasks.

“You never have a prop assistant double as the armorer,” Zoromski told the Los Angeles Times. “Those are two really big jobs.”

Several union camera operators had walked off set the day prior to the shooting, and were replaced by non-union crew who were last-minute hires.

Unions can play a role in enforcing safety norms to protect their members, said Keating, the law professor.

“If the armorer is a union employee and you can’t fire them, the armorer is in a better position to say ‘no effing way are we shirking on this, don’t you dare do this, shoot this scene until…'” he said.

The armorer on “Rust,” 24-year-old Hannah Gutierrez-Reed whose father is a famous armorer, had only worked on one other film. She could not be reached for comment.

One gaffer – or electrician – who asked to be anonymous told AFP that since productions resumed after the Covid lockdown, he had “never had this much of an issue hiring people.”