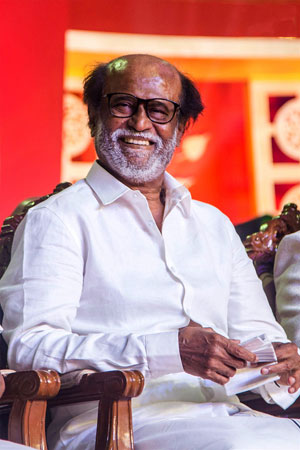 Superstar Rajinikanth has been admitted at a private hospital in Chennai. Zee media understood from the veteran actor’s publicist that he visited the hospital for a routine medical check-up. As per reports, he might have to stay overnight for observation. Rajinikanth had been to New Delhi this week to receive the prestigious Dadasaheb Phalke award for his stellar contribution to Indian cinema over the last 45 years. On Wednesday, the actor had tweeted pictures of his meetings with the President of India and the Prime Minister. The superstar is awaiting the release of his 168th flick titled ‘Annaatthe’, which is to hit the screens on Diwali. Speaking about his upcoming projects, Rajinikanth’s upcoming film ‘Annaatthe’ is slated to release in theatres on November 4. Directed by Siruthai Siva, the film has been produced by Sun Pictures. On October 27, ‘Annaatthe’ was screened at a private studio in Chennai. The actor watched the film with his family at the private screening on Wednesday.