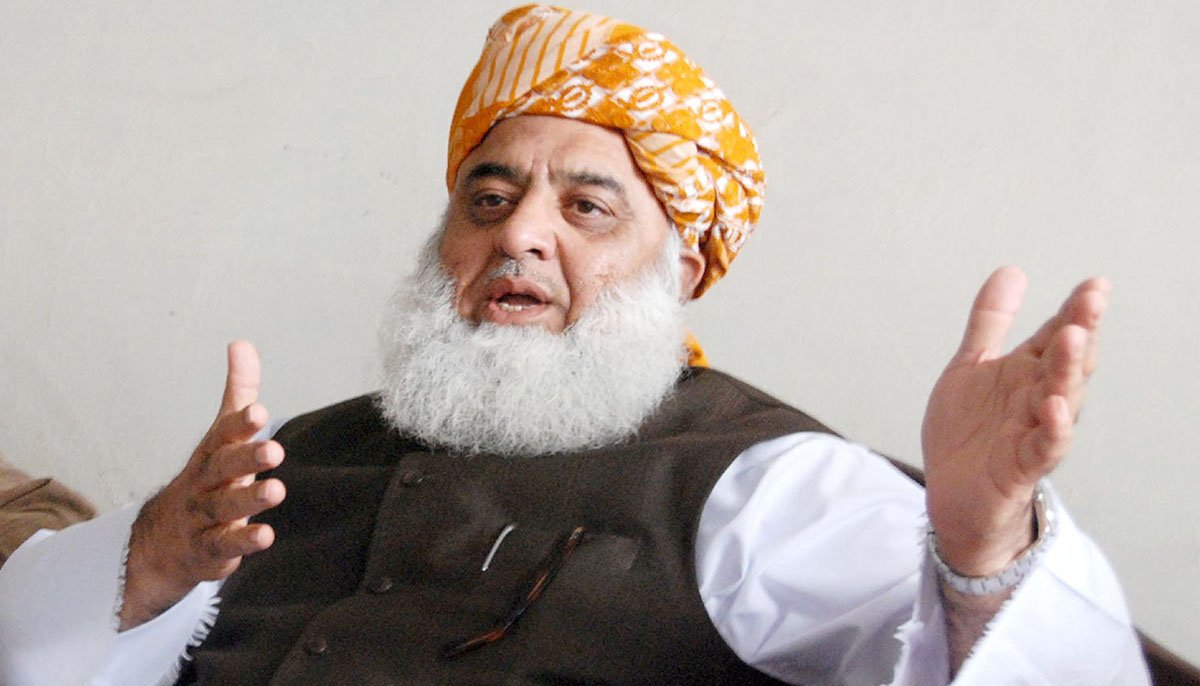 While talking to a press conference in the federal capital, Fazlur Rehman asserted, “Local governments elected under a government which came to power through rigged elections are not acceptable.”

The JUI-F chief asked that why the local body polls were going to be held when the Election Commission of Pakistan was saying that it was verifying voter lists.

“It means the election commission has admitted that there is something wrong in voter lists,” he said.

He stated that the JUI-F was consulting legal and constitutional experts on the issue to finalise the future course of action in this regard, adding that they will also discuss it with other PDM parties before announcing the decision.

On Oct 25, the ECP had announced that in the first phase, 17 districts of the province would go to the polls on December 19 and the candidates will start submitting their nomination papers from November 4.

Talking about the protest of the banned organization, the JUI-F chief said that regardless of the debate whether the TLP’s demands are justified or not, it is their democratic right to record their protest.

“I call upon the government to resolve the issue in a democratic and decent way,” he said. He said how the demonstrations of the same organisation against the Nawaz Sharif government were legal and their protest against Imran Khan was illegal.

“The government is labelling the TLP as a terrorist and extremist party because it is a religious party,” he said.

Fazl also reminded the government that it was Imran Khan who staged a 126-day sit-in at D-Chowk of Islamabad and is now denying this democratic right to the TLP activists. He said that according to reports, 10 to 12 people were martyred in Lahore while several were injured near Sadhuki on Wednesday.

Earlier on Sunday, JUIF chief Maulana Fazlur Rehman had said that the government which “gave birth to rigging” in the elections had “no right and reason” to hold local government elections in the country,

The PDM president had said that the alliance wanted free and fair elections at the earliest.

“Saving the nation and country from this government is tantamount to sympathy towards the nation and is the need of the hour,” Fazl had said. He had claimed that people are turning up in huge numbers to the PDM-led anti-inflation protests being held across the country. “The incumbent government is illegal, incompetent, and cruel, and it has been imposed on the nation,” he had added.