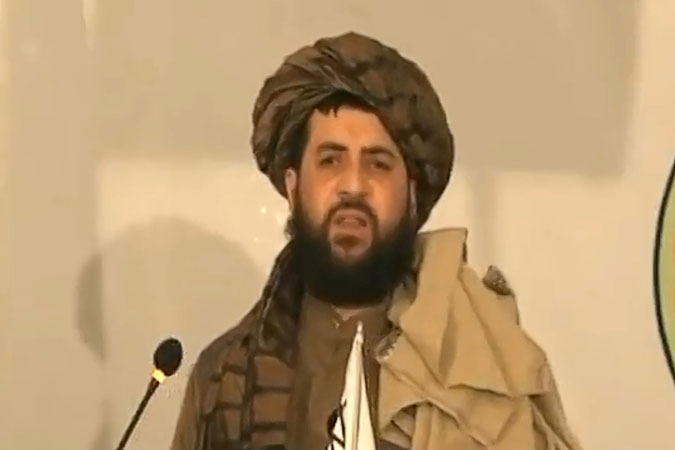 The son of Taliban founder Mullah Omar appeared in public for the first time on Wednesday, as Afghanistan’s hardline rulers try to polish their media image.

The televised event saw Mohammad Yaqoob, Afghanistan’s new defence minister, appealing to local businessmen to invest in hospitals and clinics, signalling the Taliban are emerging from the shadows. As supreme leader of the movement during their first reign of power, Yaqoob’s father Mullah Omar rarely appeared in public, and photos of him were banned.

Even when the one-eyed cleric died in 2013, the news was not made public for more than two years.

But since the Taliban returned to power in mid-August after a 20-year war against a US-backed government, its ministers have been taking a more open public and political role.

Afghanistan’s health sector has been shattered by war and Afghanistan’s economy has ground to a halt since the return of the Taliban, who remain under international sanctions.

Thousands are seeking treatment abroad, adding to chaos at the borders as others flee Taliban rule.

Yaqoob was once head of the powerful military commission and benefited from the aura of his late father’s cult-like status in the movement.

But the most senior positions in the new government went to comrades of Omar, including Prime Minister Mohammad Hassan Akhund and his deputy Abdul Ghani Baradar.

Meanwhile, Iran’s foreign minister called on the Taliban to adopt a “friendly” approach as Afghanistan’s six neighbouring countries met Wednesday to determine a “roadmap” following the Islamists’ takeover of Kabul.

The meeting, two months since the Taliban swept to power in Kabul, brought the foreign ministers of Pakistan, Uzbekistan, Tajikistan and Turkmenistan to Tehran, while their Chinese and Russian counterparts joined via video-link.

“It is essential that the Taliban adopts a friendly approach towards its neighbours and takes the necessary measures to assure them that there is no threat to their neighbours from Afghanistan,” Iran’s Foreign Minister Hossein Amir-Abdollahian said.

“I hope that we can paint a clearer picture of the realities of Afghanistan, and the expectations of the neighbouring countries most affected by the developments in that country, and develop a roadmap.” Afghanistan is on the cusp of a humanitarian crisis, with UN agencies warning on Monday that more than half the country could face “acute” food shortages this winter.

“If no solution is found as soon as possible to control and manage the economic crisis in Afghanistan, the crisis will certainly move beyond the borders of Afghanistan and affect its neighbours and the world,” he said.

Iran, which shares a 900-kilometre (560-mile) border with Afghanistan, did not recognise the Taliban during their 1996 to 2001 stint in power. But Tehran has appeared to soften its tough stance in recent times in the name of pragmatism.

“The Islamic Republic of Iran insists on the establishment of an inclusive government with the presence and effective participation of all ethnic and religious groups in Afghanistan, based on inter-Afghan dialogue without the intervention of foreign actors,” Amir-Abdollahian said. The Taliban recently formed an all-male cabinet made up entirely of members of the group, and almost exclusively of ethnic Pashtuns. It has severely restricted women’s rights to work and study, prompting widespread international condemnation.

“The Taliban must play an undeniable role in assuring security, countering terrorism and respecting the rights of diverse groups, including women,” Amir-Abdollahian said. He also said the Taliban must work on “providing the basic needs of Afghan citizens, putting an end to abuse of ethnic and religious minorities, eradicating the causes that led to the displacement of part of the population and respecting international law”.