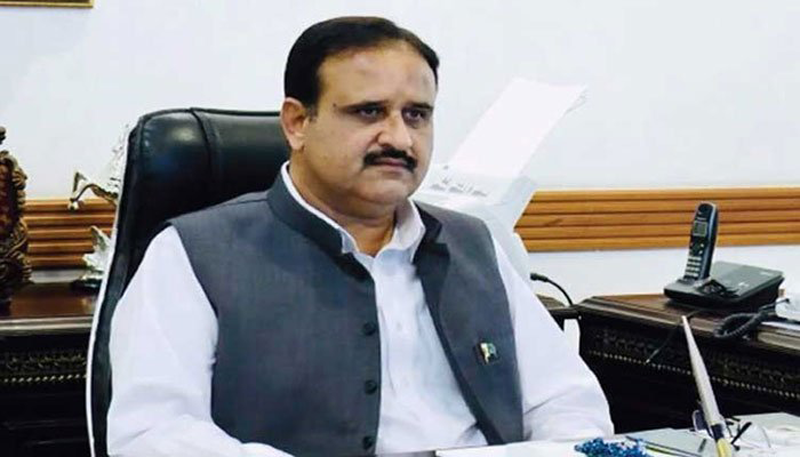 Chief Minister Punjab Sardar Usman Buzdar has advised the opposition not to make hue and cry as the government was stable and would complete its five-year term.

The government would soon announce a package to combat the price-hike problem as it was fully aware of the difficulties of the common man and Prime Minister would also soon announce a package to give relief to the people. Chief Minister Punjab also announced to fill 70 thousand vacancies in health, education and other departments and said 70 thousand jobs would be provided to decrease unemployment.

Action would also be taken on complaints regarding police performance. This he said while talking to media during a visit of corona mobile vaccination centre in Multan. Chief Minister said corona had globally affected economies and Pakistan adopted the best strategy to control this pandemic. The CM said vaccination was the only way to prevent corona and the government of Punjab has launched “Reach Every Home” campaign for corona vaccination and one million persons would be vaccinated on daily basis and for this purpose 18000 mobile teams have been constituted and vaccination target of 8 crore people would be achieved till December.

Chief Minister asked the people to vaccinate themselves for the prevention of corona and also to extend cooperation with the government to make this campaign a big success. Chief Minister said he would soon make a detailed visit of Bahawalpur and Multan and would review the South Punjab Secretariat’s performance.

Action would be taken against corruption and those exceeding beyond their authority, he added as the government was making efforts to overcome the shortage of officers for better performance of institutions. South Punjab Secretariat has been fully empowered and amendments in rules of business and its approval was a big success of the government, CM maintained. All departments would be shifted gradually to South Punjab Secretariat. Chief Minister Punjab also inaugurated “Reach Every Door” vaccination campaign and also reviewed the vaccination process. Chief Minister was briefed that in Multan, 54 percent vaccination target has been achieved and hundred percent vaccination target would be completed till December.

A crackdown has been launched against hoarders and profiteers across the province, he said adding that those involved in artificial inflation deserve no leniency and such elements should be sent behind bars.

He said that numerous measures were being taken for the provision of relief to common man in the province, adding that people could not be left on the mercy of profiteers. He directed the district administration to implement in letter and spirit on government policies and measures taken by the Punjab government to bring down the inflation in the province. He asked the parliamentarians to strictly monitor the government policies so that benefits of the policies could be trickled down at grass root level.