* PTI leader terms verdict as victory of justice, says he was attending hearings for past three years in a ‘fabricated case’ 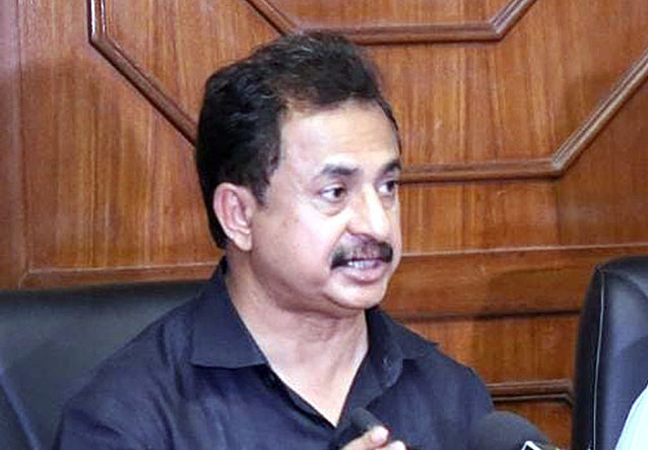 The model court in Mirpur Mathelo on Monday acquitted leader of the opposition in Sindh Assembly, Haleem Adil Sheikh, in a case of attacking police during Ghotki by-elections 2019.

According to a press release, Haleem Adil Sheikh appeared before model court at Mirpur Mathelo for hearing of a case in which he was charged with allegations of interference in government duties and attacking police.

The false case was registered in 2019 during bye-elections in National Assembly’s constituency NA-205 when Haleem Adil Sheikh tried to prevent rigging at a female polling station where police personnel were buss in stamping ballot papers.

Haleem Adil Sheikh, who is also central vice president of PTI, had already acquitted from another case of interference in government duties in Kunri while cases of blocking National Highway and Gaddap incident were under trial in different courts of law.

Haleem termed the verdict as victory of truth and justice saying that he was attending hearings of the court for three years in a false and fabricated case.

Speaking to media at Mirpur Mathelo he expressed pleasure on victory of Pakistan Cricket team against arch rival India in T20 World Cup and hoped that the national team would bring the trophy in the country.

The entire Pakistani nation was celebrating the magnificent win of Pakistan, Haleem said adding that it was a fantastic T20 match like the tea that was termed fantastic by Indian pilot Abhinandan.

India hatched a conspiracy against Pakistan cricket and a fake email was sent by a fake Afridi but on Sunday a real Afridi settled the matter. “India dug a ditch for Pakistan but itself fallen in it,” he added.

Haleem Adil Sheikh, speaking at the convention, said that Sindh did not became part of change but in the next general elections PTI will form government with two third majority with support of people.

He termed workers of Ghotki as brave soldiers of Imran Khan and said that PTI workers do not want jobs but change of system in the country. “We are not struggling to earn bounty but we are striving to save the country from internal and external threats,” he maintained.

The people who wanted money should join the ranks of Murad Ali Shah and Bilawal, he added.

Haleem Adil said that entire world was passing through hard times and facing high inflation but prices of POL products in Pakistan were lowest in the region.

PTI government was determined to resolve problems being faced by masses and a program with targeted subsidy on wheat flour, ghee, sugar and pulses was on cards, he said adding that he was seeing a bright future of the nation ahead.

Earlier, senior PTI leader paid a visit to Sadiqabad to offer condolence to affected families of 9 persons who were shot dead by Indhar Gang a few days ago. He condemned the inhuman act of barbarism and offered Fatiha to bereaved families.

Speaking to media persons at the occasion, Haleem Adil Sheikh stressed on need of a joint operation by Pakistan Rangers and police forces of Sindh and Punjab to root out the criminal gangs operating in inter-provincial border areas.

He said that criminal gangs took refuge in Katcha area after committing crimes so it necessary that Punjab and Sindh police should devise a coordinated strategy and take joint action for protecting law abiding residents of the area from such heinous crimes.