* Matsuda says during his tenure bilateral defence cooperation has been enhanced 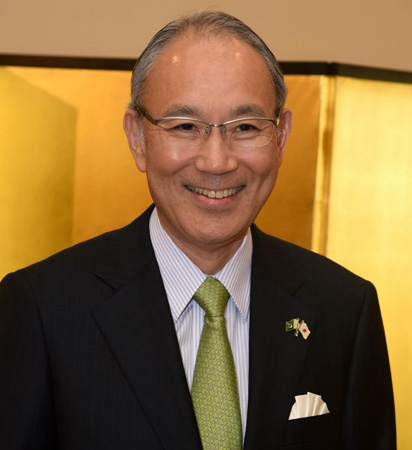 In his farewell message he said, “I am leaving Islamabad upon completion of my 2-year and 10 month tenure here in Pakistan. I would like to express my heartfelt gratitude for the support and kindness I have received from all of you during this period.”

He said, “Unfortunately, due to the COVID-19 pandemic, the movement of people and economic activities have been substantially restricted. Through this pandemic, however, the world, including Japan, has seen a dramatic shift of working styles, and more Japanese companies have come to utilize excellent human resources in Pakistan through the Internet. Pakistan, with a population of over 220 million, has great potential as a consumer market and a wealth of human resources, with over 60% of the population under the age of 30. If these are utilised efficiently, it will no doubt have a positive impact on the economies of both Japan and Pakistan.”

The Japanese envoy said, “On economic cooperation, we have engaged in improving Pakistan’s economic and social infrastructure, especially in the five pillars in which Japan has strengths, water and sanitation, health, education, disaster prevention, and infrastructure development for export industries. We hope that such cooperation with Pakistan will contribute to the expansion of bilateral economic relations, including the promotion of trade and investment in both directions.”

Ambassador Mastuda said, “Moreover, over the past two years and ten months, bilateral defence cooperation has been steadily enhanced with the aim of stabilising not only Pakistan but the entire region. The participation of Japan Maritime Self-Defense Force’s destroyer in multilateral maritime military exercise, AMAN-21 organised by the Pakistan Navy for the first time in February this year is the best example. The ties between the Japan Self-Defense Forces and the Pakistan Armed Forces have also been further strengthened through the cooperation in evacuating Japanese and Afghan nationals working in the Embassy and JICA from Afghanistan to Japan.”