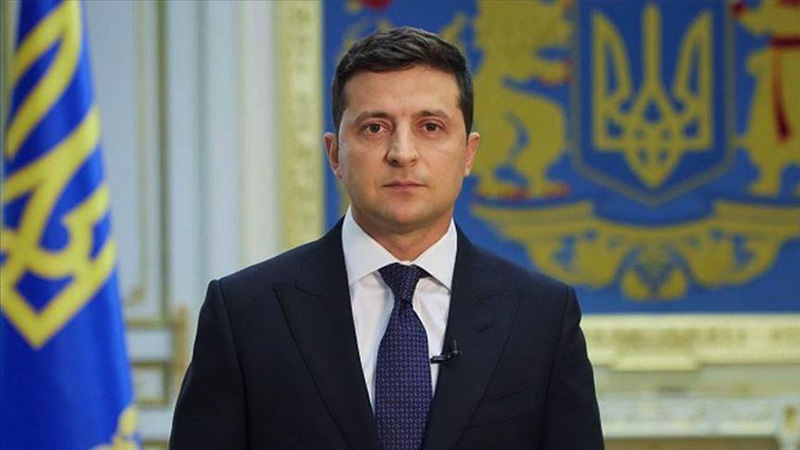 Europe is in the throes of an energy crisis with gas prices soaring to record highs as economies come back online after the end of pandemic lockdowns and renewables like energy and wind see a slow down in supplies.

Critics in Western capitals blame Russia for the price hikes, saying Moscow is not upping deliveries in order to pressure Europe to agree more long-term contracts and for the certification of the controversial Nord Stream 2 pipeline.

“We are witnessing an artificial crisis, which has a clear goal: to force Europe to give up its values,” the Ukrainian president said in exclusive written comments to AFP.

“There is a real gas aggression against the European Union,” he added, saying only a “coordinated” response by governments on the continent to counter “blackmail” would see more moderate prices restored.

The Ukrainian leader said there was an “unprecedented need for joint efforts” in Europe and called on Brussels to work with Kiev on solutions.

“Ukraine has something to offer its European partners,” he said.

“Existing capacities for pumping gas through Ukraine are enough not only to normalise the situation now, but also to ensure Europe against such price shocks in the coming years.”

Zelensky is a long-standing critic of Russia, which in 2014 annexed the Crimean peninsula from Kiev and has since thrown its weight behind separatists in the east of the country.

Russia turned off supplies to Ukraine in previous disputes and Zelensky earlier this year referred to the Nord Steam 2 pipeline as a “dangerous geopolitical weapon” that would make Europe reliant on Moscow.

Russia, he said Friday, “has repeatedly tried to freeze Ukraine, shutting off gas and demanding concessions that would damage Ukrainian national interests.”

“Now it is Europe’s turn to get themselves acquainted with the concept of gas war.”

When the Nord Stream 2 pipeline connecting Russia to Germany goes online, it is expected to double supplies to the continent.

But the project has divided European capitals because it diverts supplies from an existing route through Ukraine, which is an important EU ally.

Putin earlier this month blamed “systemic flaws” in the European energy market for the crisis and said Russia was prepared to turn on the taps for any country that asks.

Russian officials have repeatedly said over recent weeks that suppliers are fulfilling obligations under existing contracts and said the country has to fill its own reserves ahead of winter.

Zelensky, however, in his comments to AFP, said “Russia has enough gas”.

“But under contrived pretexts refuses to increase supplies to Europe. As a result, gas prices have skyrocketed and shutdowns of industrial enterprises in Europe have begun.”