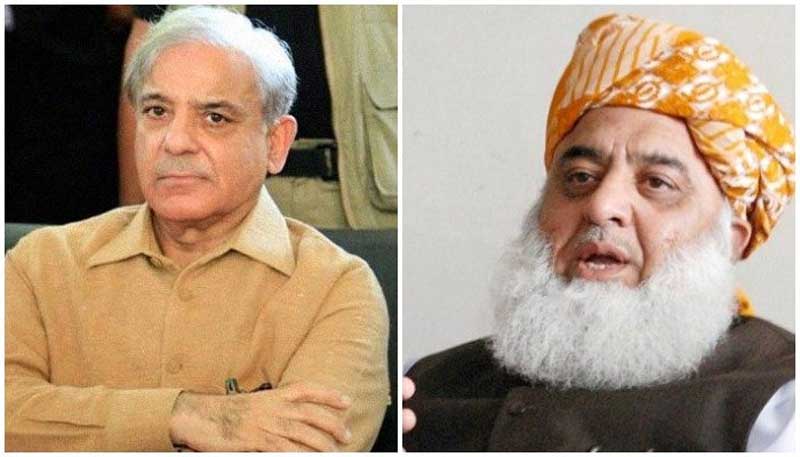 Pakistan Democratic Movement chief Maulana Fazlur Rehman on Sunday announced that the opposition will hold countrywide protests against the growing inflation within the next two weeks, a private TV channel reported.

“As soon as we are done with the celebrations of the Eid Milad un Nabi (SAW), we will start a full-fledged campaign against inflation,” he said while speaking to the media after holding an informal meeting with PDM members at his residence.

Former prime minister and PML-N leader Shahid Khaqan Abbasi, Chairman Pashtoonkhwa Milli Awami Party Mehmood Achakzai, and Secretary-General of the Jamiat Ulema-e-Pakistan Awais Noorani attended the meeting, where the leaders consulted over launching campaigns against the federal government and inflation, sources said. “We appeal to the entire nation to fully participate in the protests and rallies,” he said, while giving details of how the government incurred debts and increased inflation in the country.

Earlier in the day, PML-N President and Leader of the Opposition in the National Assembly Shahbaz Sharif had a telephonic conversation with Fazl and announced that the opposition will start a campaign against the rising inflation in the country.

Taking to its official Twitter account, the PML-N confirmed that Shahbaz and Fazl criticised the government’s policies during the phone call and have decided to launch a full-fledged campaign against ‘the worst inflation in the country’s history’.

The two leaders agreed to join anti-government protests of other opposition parties. During the phone call, Shahbaz told Fazl that leaders need to get out of their homes to ‘save the nation from inflation, unemployment, and the ongoing economic catastrophe across the country’. They confirmed that demonstrations, rallies and marches will be held across country to protest against the ‘historic’ inflation.

Criticising the PTI-led government, Shahbaz said that with the country already battling inflation, negotiations with the International Monetary Fund (IMF) have also failed. “After the failure of the talks with the IMF, the government should revert the hike in prices,” Shahbaz demanded.

He questioned the government’s monetary policy and said, “Despite accepting all the conditions laid down by the IMF, talks with the body still failed. What sort of a strategy is this?” He said that the PTI government’s “three years of blind obedience to the IMF” could reap no benefits because the people continued to suffer the whole while.

Shahbaz said that when the PML-N government, led by Nawaz Sharif, completed the IMF’s programme in 2015, “Imran Niazi continued to criticise him”. “Imran Niazi used to chant slogans that he would rather commit suicide than going to the IMF,” Shahbaz recalled.