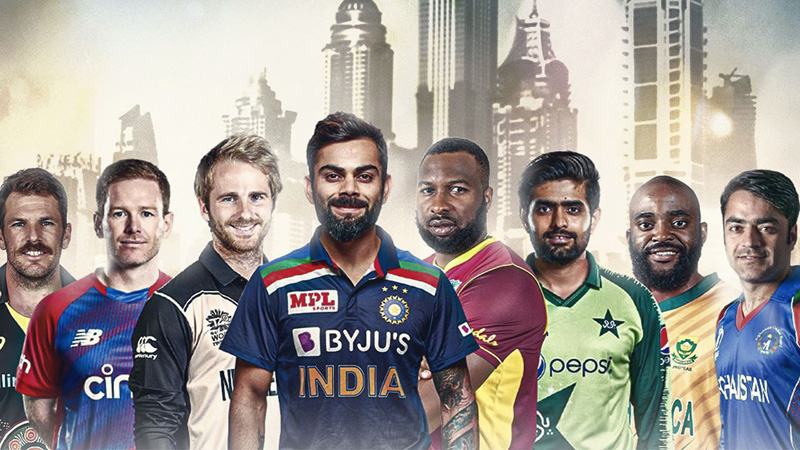 The 7th ICC Twenty20 World Cup explodes into action with Oman taking on Papua New Guinea in the opener at the Oman Cricket Academy Ground, Al Amerat in Oman on Sunday (today). Bangladesh will clash with Scotland in second match of the day at the same venue in the evening. Five years on from the last edition, the T20 World Cup has returned in the United Arab Emirates (UAE) and Oman as 16 teams duke it out for top honours in the game’s shortest format. The matches in the UAE will be played in Dubai, Abu Dhabi and Sharjah, while the Oman Cricket Academy Ground is the fourth venue. Bangladesh, Sri Lanka, Ireland, Netherlands, Scotland, Namibia, Oman and Papua New Guinea will vie to grab the four spots and join the top eight teams — England, Australia, South Africa, West Indies, India, Pakistan, New Zealand and Afghanistan —in the Super-12 stage. The ICC postponed the T20 World Cup originally scheduled to be held in Australia in 2020 before India was handed the hosting rights in 2021 and Australia was chosen as host for the 2022 edition.

The International Cricket Council’s showpiece event is scheduled to finish on November 14 in Dubai when the tournament’s two best teams meet in a decider that has plenty to live up to after 2016’s epic conclusion. Carlos Brathwaite etched his name into cricketing folklore in 2016 when he hit four consecutive sixes in the last over of the final against England to power West Indies to their second T20 World Cup trophy. West Indies will be out to become the first team to ever defend their status as T20 World Cup champions this time around having already become the first to win the trophy twice. They won’t have an easy time doing that however with 15 high-quality opponents ready to make the trophy theirs.

The Super-12 action kicks off on October 23 with Australia against South Africa, one of the sport’s iconic rivalries, followed by a day/night affair at the Dubai International Cricket Stadium between England and the West Indies — a repeat of the 2016 final when Carlos Brathwaite announced himself to the world. Meanwhile, in Group-II, inaugural winners India are joined by great rivals Pakistan — who they will face in their opening game — as well as New Zealand and Afghanistan, the emerging force in T20 cricket, plus the winners of Group B and runners-up from Group A. Whoever lifts the T20 World Cup trophy on November 14 in Dubai, will get a cash award of $1.6 million out of total $5.6 million prize money. The losing finalists will get $800,000, while the two losing semi-finalists will get $400,000 each. Every win in the Super 12s stage of the tournament will fetch teams $40,000 — 30 Super-12 games will be played, totalling $1.2 million in prize money. The teams that go out at this stage of the tournament — eight teams in all — will get $70,000 each. Wins in round one of the tournament — 12 matches in all — will fetch $40,000 apiece, and the four teams that don’t make it to the Super-12 will get $40,000 each.

T20 cricket’s roots were planted in the domestic game in England and its rapid growth saw the first international men’s match contested by Australia and New Zealand in 2005. But there’s nothing like a World Cup to truly capture the attention of the sporting world and the first edition was quickly initiated for South Africa in September 2007. The script for 2007 was worthy of a movie — and they’re making it into one next year — as a Yuvraj Singh-inspired India beat arch-rivals Pakistan in the final. In 2007, Pakistan’s players and supporters alike were left heartbroken as they lost a seesawing final against India, falling just five runs short. They did not have to wait too much longer to heal that wound. Pakistan exorcised the ghost of the 2007 final to be crowned the 2009 champions after decimating Sri Lanka in the final at Lord’s. Pakistan came up with a spirited performance to hand Sri Lanka an 8-wicket defeat in the final and win their maiden T20 World Cup title under the captaincy of Younus Khan. Pakistan have never been able to reach the finals since then.

One of the great strengths of the tournament has been the platform it gives growing cricketing nations to test themselves against the best — and that was true from the start. The building momentum of the T20 World Cup saw it travel to another hotbed of the game and Asia, for the first time, in 2012 as Sri Lanka played host. The growing vibrancy of the global T20 scene, that saw franchise competitions take root around the world, saw well-travelled West Indies clinch their maiden title. In 2014 Sri Lanka shed their tag as nearly men of ICC events, lifting the trophy after four painful defeats in major finals. Their triumph was a timestamp in the growing importance of death bowling with Lasith Malinga and Nuwan Kulasekara excelling in restricting batters in the closing stages. It was also the first tournament where the field was expanded to 16 teams, marking the debuts of Nepal, Hong Kong and the United Arab Emirates. The West Indies became the first nation to win two titles in India in 2016 — and who could forget the finale, highlighted by Carlos Brathwaite’s four successive sixes.

The Group-I in the Super-12 has looks like the toughest on paper, with the likes of Australia, South Africa England and West Indies being 4 of the 6 sides. West Indies are the defending T20 world champions and have both form and stats to their name once again. Australia have not been in the best of form of late and will face tough competition from the rest of the sides in the group for a spot in the semi-finals. The Group-II is comparatively easier than Group-I but will arguably invite more attention because of the presence of India and Pakistan. The two archrivals only meet in the ICC events and it will be the first instance for them to lock horns with each other since the 2019 ODI World Cup. New Zealand and Afghanistan are the two other known sides in the group who will be joined by two more from the qualifiers. The semi-finals of the tournament will take place on November 10 and November 11 in Abu Dhabi and Dubai respectively. Both the semifinals have reserve days too. The final will be held in Dubai on November 14 while November 15 has been kept as the reserve day.