Pakistan to succeed in getting extension in GSP Plus status: Sarwar 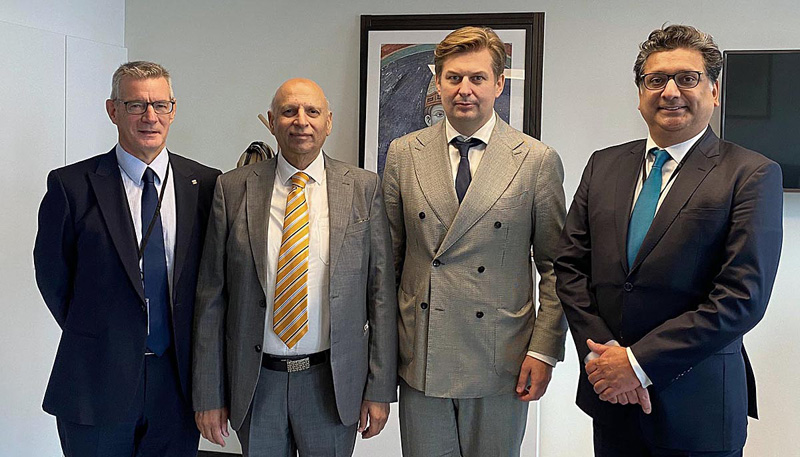 Punjab Governor Chaudhry Sarwar on Wednesday met members of British and European parliament to seek support for an extension in Pakistan’s GSP Plus status.

During the meeting, Sarwar briefed the members of the European Parliament on the positive role of Pakistan in the Afghan peace process, protection of minorities in the country, religious freedom, and provision of fundamental rights. He also apprised the members of the European Parliament of the atrocities and gross human rights violations by India in occupied Jammu and Kashmir.

For their part, Dr Fabio and other members of the European Parliament appreciated Pakistan’s role in establishing peace in Afghanistan and eradicating terrorism. They said that they stand with Pakistan and assured of their full cooperation in the extension of GSP Plus status.

Sarwar, while talking to media after the meetings, said that the meetings with Dr Fabio and other European MPs remained successful and he was happy that European members had appreciated Pakistan’s role in establishing peace in the region. “I have also called on the MPs to play a role in the provision of basic services, peace and stability in Afghanistan,” he added. Sarwar said that Pakistan will succeed in its mission with regards to the extension of GSP Plus status, adding that the country is working hard under the leadership of Prime Minister Imran Khan to counter the negative propaganda against it in Europe by India. “We will not allow New Delhi to succeed as we have thwarted all the conspiracies of India in the past,” he asserted.

The governor said that the resolution of Kashmir issue is vital for the establishment of peace in the world. One of the agenda of his visit was also to apprise the world of the gross human violations by the India in IIOJK. Earlier, an EU delegate said the bloc has not given blanket extension to the GSP Plus scheme and Islamabad needs to submit a fresh application along with an action plan to implement 32 international conventions to continue enjoying benefits of the scheme till 2034.

Pakistan would have to submit a new application for seeking extension in the existing Generalised System of Preferences Plus (GSP Plus) scheme beyond 2023, said the EU official while giving a background briefing.