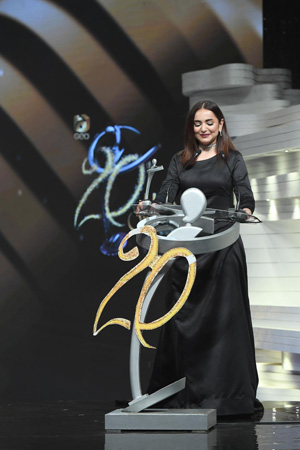 The previous year was a strong year for Hum TV as the channel swept the excellence in television categories at the Lux Style Awards 2021 by bagging awards in seven categories out of the total nine.

When the LSA Office announced the categories earlier, HUM TV dominated by securing 28 nominations, the highest by any entertainment TV channel in Pakistan.

With the uber-popular serials such as Ehd-e-Wafa, Pyar Ke Sadqay, Yeh Dil Mera and Sabaat competing in various categories, it was obvious that HUM will, once again, sweep the television categories as it has done so many times previously. Drama serial Ehd-e-Wafa, which captivated the audiences last year with its engaging script and immaculate production won the awards for Best Drama Serial and Best Original Soundtrack. Adnan Samad Khan, popularly known as Gulzar, won the award for Best Emerging Talent in TV for his hilarious debut performance in Ehd-e-Wafa. The award for Best TV Director went to Farooq Rind for Pyar Ke Sadqay, whereas, Bilal Abbas Khan won the award for Best Television Actor – Critics for his powerful performance in the serial. As expected, the versatile Yumna Zaidi, who left a mark on the audiences with her unforgettable performance in Pyar Ke Sadqay, bagged the awards for Best Television Actress – Critics and Best Television Actress – Popular.

The reason behind HUM TV’s unparallel success is that most of its content is made to impact the society in a powerful way. The success of its content comes from the subtle ways it approaches different topics, creating relatable characters that leave an indelible impression. It is the uniqueness of the content and the realistic portrayal of the characters which are loved and followed by a large number of fans, not just in Pakistan but all around the world.