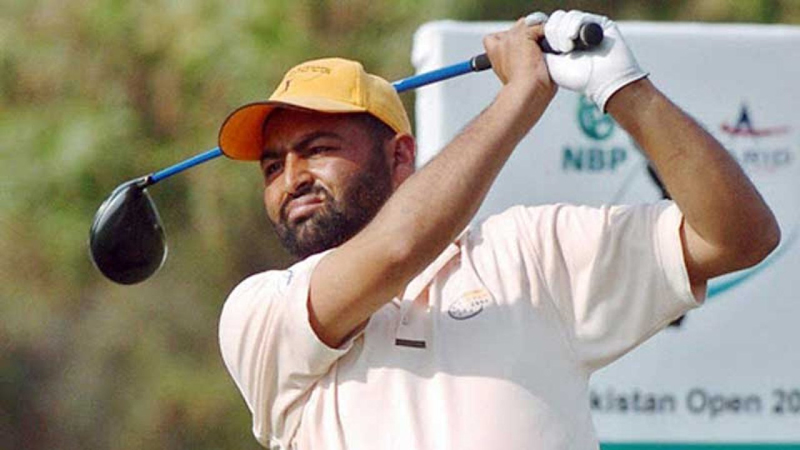 RAWALPINDI: The 29th Prime Minister Open Golf Championship 2021 came to a purposeful conclusion at the Rawalpindi Golf Club Golf Course here on Sunday after three rounds (54 holes) of encounter that involved exceptional and flawless application of skills and an assurance oriented brainpower. The most successful one in the professional category turned out to be Mohammad Shabbir Iqbal of Islamabad Golf Club while the admirable and commendable one in the amateur category was the blooming and developing Salman Jehangir of Lahore Gymkhana. Once again the final round on Sunday was a pristine engagement between Shabbir and the able bodied adolescent Ahmad Baig of PAF in the professional section of the acclaimed Prime Minister Open Golf Championship. During the course of competitive play in the final round yesterday, the run of play was fairly balanced and though Shabbir was really potent in his shot making, Ahmad, in spite of being a younger player, managed to avoid the strain and dread of Shabbir’s past achievements.

All through the 18 holes, he appeared a masterly golfer with every shot precise and flair filled and his all round game, absolutely of prime quality and unwavering and consistent in terms of excellence. That he lost to Shabbir in the end by one stroke may have left him slightly tormented but he has to be gratified with the fact that he played remarkably and even his opponents considered his effort phenomenal. Shabbir won with three round scores of 69, 69 and another 69 on the final day and an aggregate of 207, nine under par for the championship. Ahmad had rounds of 73, 67 and 68, an aggregate of 208, eight under par for the championship. And he lost to the ultimate champion by one stroke. Another notable performer of the professional section was Mohammad Matloob of Lahore Garrison Greens with a score of 210, six under par. He ended up third. A few more who did well were Mohammad Alam 212, Ashiq Hussain 214, Mohammad Tariq 214, Mohammad Munir 215 and Mohammad Shahzad 216.

In the amateur section, Salman won the first gross with rounds of 76, 71 and 73 and a championship aggregate of 220. The runner-up in this section was Hussain Hamid of Royal Palm with a three days aggregate of 232. Hussain and Qasim Ali Khan had similar aggregates but was declared second because his score for the last two rounds was better. The women’s section winners were Parkha Ijaz (first), Rimsha Ijaz (second) and Hamna Amjad (third). The net section women’s performers were Samina Ishtiaq (first), Mrs Faraz Ahsan (second) and Meerab Rizwan (third). In the junior professionals competition, Abdul Wadood came first, Mohammad Saqib was second and Musa Khan was third. A superbly organised championship by the team of Rawalpindi Golf Club. At the conclusion of the championship, Asad Umer, Federal Minister, distributed prizes to the champions at the Rawalpindi Golf Club.