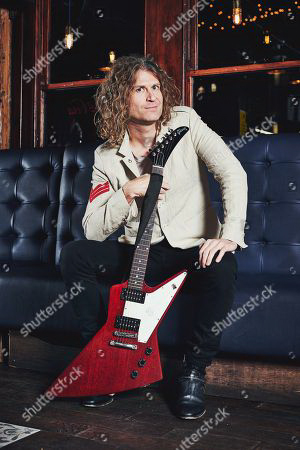 David Keuning revealed that “thriller” encouraged him to become a musician. Killers guitarist, who co-founded the group with Brandon Flowers in 2001, explained how Michael Jackson’s iconic 1983 single ignited him regarding his love for music.

In the “Off the Beat & Track” podcast, he said: So much music.

“I got the whole record, and that song gives me chills, or then. It has a little bit of everything.

“Mysteriously scary. If you were a kid and I was 6 years old. But that great mainline, baseline and everything else. It really influenced me.”

Later, he discovered an album of the same name, which further helped him “enter all the music of the time.”

Jackson, who died in 2009, was accused of sexually assaulting James Safechuck and Wade Robson in the documentary Dating to Neverland, and was tried in 2005 for abusing another boy, Gavin Albiso. I was released.

Küning admitted that he could still enjoy the song while understanding why some people claimed he couldn’t hear the music of the late singer.

He explained: “I don’t know what happened, so I don’t want to talk too much about it. I’m certainly not going to be insensitive to people who might tolerate this or make a tick. “But he’s dead, so the music is just notes and chords, the vocals of a dead man, and Eddie Van Halen’s solo on Beat It tonight. These are definitely great. .. “I know if anyone wants to hear it. I don’t hear it every day, but it’s a memory before it gets polluted.

“The music was good at the time, but unfortunately it’s still good. I don’t know what else to say.”