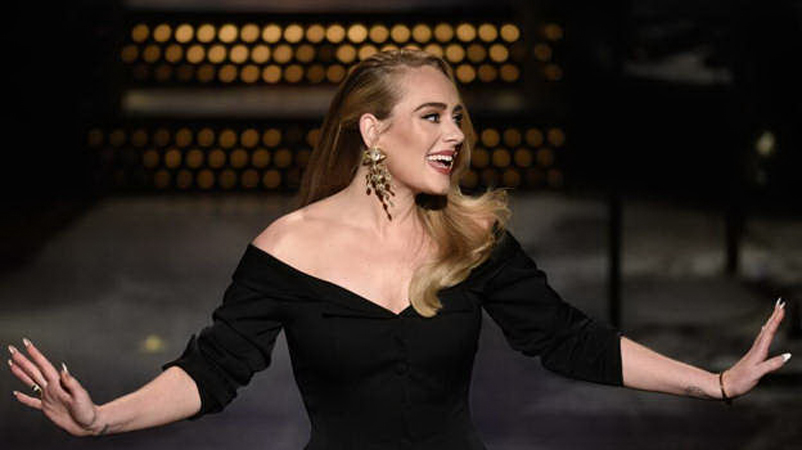 Adele has set fire to the internet. The superstar singer officially announced her return to music on Oct. 5, posting a short snippet of her new single “Easy on Me,” which is set for release on Oct. 15.

This announcement comes one day after the Grammy winner sent fans into a frenzy after she returned to Twitter with her first post in nearly a year. All it took was two words from Adele to make everyone start rolling in the deep: “Hiya babes!” she simply wrote.

While the English star’s message was short and sweet, the timing of her tweet marked an interesting one. Just hours before posting, the “Hello” musician changed the photo and background on her social media platforms, including Twitter, Instagram, YouTube and Facebook. Her new look featured a teal blue backdrop.

This subtle, yet striking change caused fans to speculate that Adele is releasing a new album soon.

In fact, over the weekend, Twitter users shared images of billboards with the number ’30’ displayed around the world. Guess what color the posters were-the exact teal blue shade the singer has splashed across her social media.

As if it weren’t convincing enough that Adele has new music on the way, the ’30’ name would align with her past album titles. After all, her last three projects were labeled with her age.

While the “Set Fire to the Rain” singer is 33, her milestone birthday three years ago marked a significant change in her life. In April 2019, Adele, who was 30 at the time, called it quits with her longtime partner Simon Konecki. They share an 8-year-old son Angelo.

She officially filed for divorce that fall, however, the two wouldn’t reach a settlement until March 2021.

Three months after finalizing their divorce, a source close to the English performer told E! News that she was working on new music and ready “for the world to hear it.”

“Adele has been very busy focusing on herself this last year,” the insider shared in June. “And has spent months in the studio recording her new album.”

The source added, “We’re going to hear about her divorce, and what she’s been going through.”

Last month, a separate source close to Adele told E! News that she’s planning to drop new songs this winter. But don’t let the melancholy season fool you, as the insider noted she will have upbeat pop songs featured on the album.

The source also revealed that the artist is eager to get back on stage. “She would love to perform and go back on tour,” the insider dished, “but is being cautious of COVID and doesn’t have concrete plans yet.”