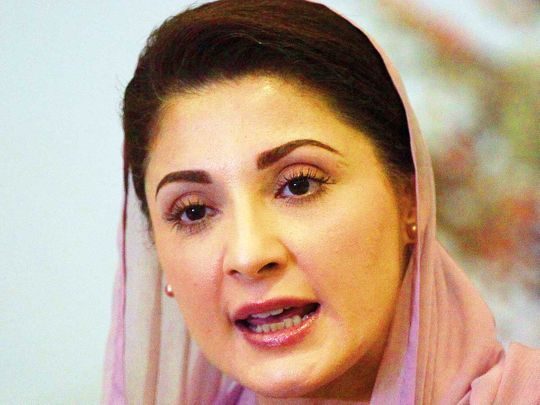 “Where the petitioner was who took the Panama case to the court? Where is the Panama bench, the JIT and NAB now,” she asked while speaking to reporters after a hearing in the Islamabad High Court (IHC), in reference to the action taken against the Sharif family in the aftermath of the Panama Papers. “The entire nation is looking for that petitioner and the Panama JIT,” she said. “I am still waiting for Justice Khosa to come to me and say he will take up the Pandora Papers case,” she went on to say. “Where is the Panama bench today, and NAB that filed cases against Nawaz Sharif and me,” she said, further questioning, “Why the anti-corruption spirit is not visible today.”

She claimed that former chief justice Asif Saeed Khosa told Imran Khan to bring the Panama case to him as the decision had already been made. According to Maryam, a retired army officer quizzed her when she appeared before the Panama JIT in 2018 while all officers of NAB and other agencies stayed silent.

Taking a jibe at Prime Minister Imran over the formation of a commission to probe Pandora Papers, she said the prime minister has “refused to reveal the details of Toshakhana but has agreed to form a commission to investigate his ATMs named in the Pandora Papers”. “PM Imran used to claim that Nawaz Sharif played with the help of umpire, but Imran Khan himself took help from the umpire to overthrow an elected government.”

Speaking about sentence in the Avenfield case, Maryam said her case was ‘politically engineered’ as it was made sure that “former prime minister Nawaz Sharif and I remain in jail till the 2018 elections”. “Had we gotten bail before the elections, their entire work of two years would have gone to waste,” she quipped. According to Maryam, “The case against Sharifs was completely baseless.”