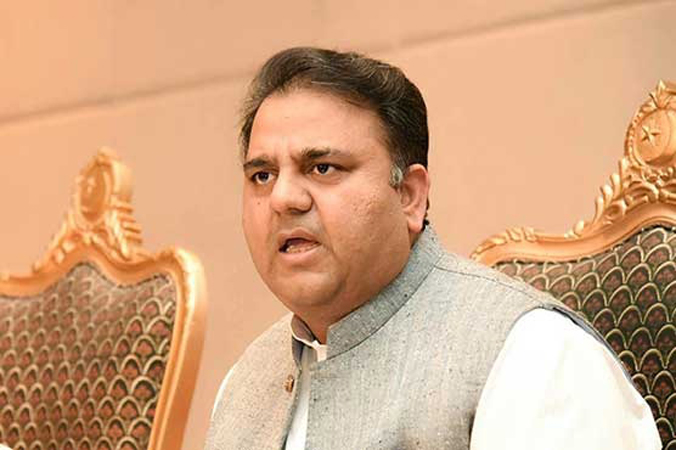 Minister for Information and Broadcasting Chaudhry Fawad Hussain Tuesday said that the government would promulgate an ordinance on Wednesday (today) to rectify legal lacunae in the existing National Accountability Bureau (NAB) law.

Briefing the media after the cabinet meeting, the minister ruled out the possibility of any talks between Prime Minister Imran Khan and Pakistan Muslim League-Nawaz (PML-N) President Shahbaz Sharif on appointment of NAB chairman. “There is a lacuna in the NAB law as it is silent on what should be done if the leaders of the House or opposition are involved in corruption and money laundering cases,” he said, while urging the opposition to appoint a junior parliamentarian as their leader.

To a question, he made it clear that the legislation was not a person-specific, rather it was aimed at further strengthening the institution. The foremost priority was not to compromise the independence of NAB.

The minister said the present NAB chairman was appointed during the tenure of the PML-N in consultation of the then opposition leader from PPP. Most of the cases facing by the opposition politicians in the accountability courts were filed before Pakistan Tehreek-e-Insaf (PTI) government came into power, he noted. He said the PTI wished NAB cases to proceed on day to day basis because the people are tired of inordinate delay in the corruption cases.

About Pandora Papers revelations, he said the matter also came under discussion during the federal cabinet meeting. Initially, a probe cell has been created under the Prime Minister’s Inspection Commission as more than 700 Pakistani citizens were named in the Pandora Papers.

To another query, he regretted media’s bias against government as the picture of government’s minister were being flashed with Pandora Papers on TV screens but the media house owners, who themselves were named in the papers, are not being shown on their screens.

Sharing details of the decisions taken by the Federal Cabinet, Fawad said approval for conducting the new census on the basis of de jure method was given during the meeting. He recalled that some objections were raised over the previous census before the last general election which was held on the basis of provisional census.

Later, the matter came under discussion in the Federal Cabinet for multiple times and both the procedures including de jure and de facto opted to worldwide for conducting this exercise was discussed at length.