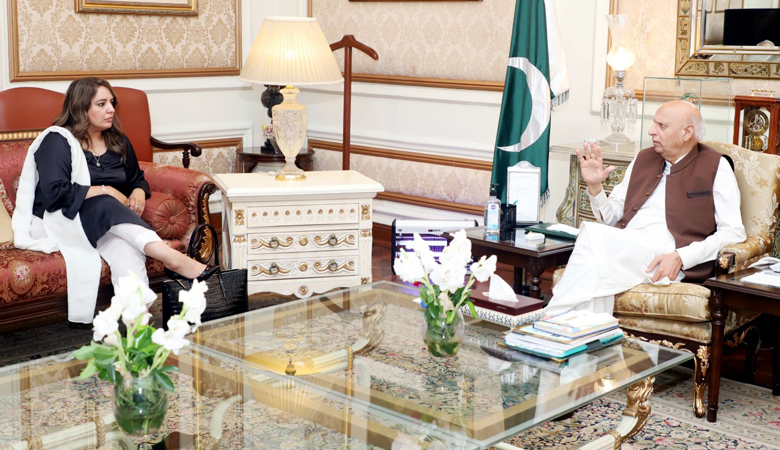 The governor left for Saudi Arabia for performing Umrah at the special invitation of Saudi government.

According to the details, British MP Naz Shah, met Punjab Governor Chaudhry Mohammad Sarwar in Lahore’s Governor’s House on Monday and told him about her efforts with regard to raising her voice for the liberation of Kashmiris and Palestinians in the UK Parliament. The governor appreciated Naz Shah and other British MPs for raising the voice for Kashmiris and Palestinians.

During the meeting, Sarwar said, “Overseas Pakistanis are the pride of the nation and Pakistani living all over the world stand with Kashmiri and Palestinian brothers and sisters,” adding that the real face of India is being exposed all over the world. He said that India is the biggest facilitator of terrorists in the region and the enemy of peace.

The governor said that the world’s silence on Indian terrorism in Kashmir is no less than a crime, and the dream of peace in the region cannot be materialised in the presence of Indian Prime Minister Narendra Modi.

Naz Shah, a member of the British Parliament, said that resolution of Kashmir and Palestine issues is vital to establish peace in the world, adding that Narendra Modi is the killer of Kashmiris and Indian Muslims.

Later, the governor left for Saudi Arabia at the invitation of the Saudi government to perform Umrah. He will also meet Saudi officials and other overseas Pakistanis during his visit to the kingdom. Talking on the occasion, Sarwar said that relations between Pakistan and Saudi Arabia are stronger than a rock. “Pak-Saudi relations are getting stronger under the leadership of Prime Minister Imran Khan,” he said as he thanked the Saudi ambassador and the government for the invitation.