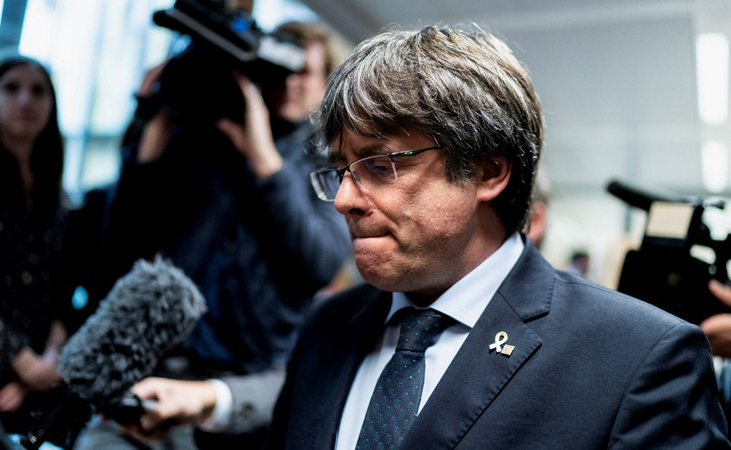 Exiled former Catalan leader Carles Puigdemont returned to court in Italy on Monday to fight an extradition warrant issued by Spain over his role in Catalonia’s failed independence bid.

The 58-year-old, who fled Spain for Belgium in 2017, was arrested on the island of Sardinia on September 23, where he spent the night in a cell before being released pending Monday’s hearing.

Puigdemont was greeted by supporters shouting “Freedom! Freedom!” and waving Catalan independence flags as he arrived at the court in Sassari, where three appeal judges are due initially to decide whether his arrest was valid.

“During the hearing, it will have to be determined if the European arrest warrant can be applied,” his Italian lawyer Agostinangelo Marras told AFP.

Puigdemont’s legal team insist he has immunity as an MEP, although this is the subject of a legal case. Spain has demanded he return to face justice.

Puigdemont led efforts by Catalonia’s separatist regional government to stage an independence referendum in October 2017 despite a ban by Madrid. The vote was marred by police violence.

Several weeks later, the Catalan administration issued a short-lived declaration of independence, triggering a political crisis that prompted Puigdemont and several others to flee.

Those who stayed behind were arrested and put on trial, with nine of them jailed for between nine and 13 years.

Although they were pardoned earlier this year, Madrid still wants Puigdemont and the others to face justice over the secession bid.