Petrol is cheaper in Pakistan as compared to regional countries: Shaukat Tareen 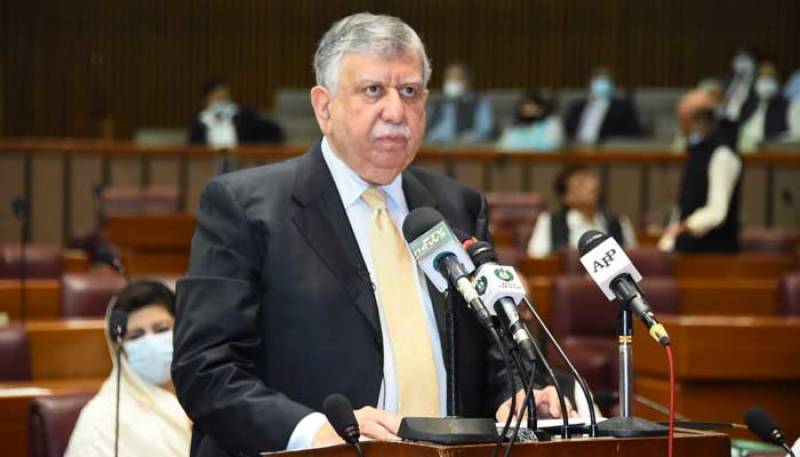 ISLAMABAD: Finance Minister Shaukat Tarin said the rates of petroleum products in Pakistan are still lower when compared to several regional countries. He defended the hike in petrol prices.

He addressed a press conference in Islamabad alongside Minister of State for Information and Broadcasting Farrukh Habib. Tarin said the government is charging only Rs2-2.5 petroleum levy despite the fact that we had fixed Rs600 billion under this head.

He said Pakistan ranks 17th in the region when it comes to petrol prices.

“Prices in the international market have increased recently forcing the government to hike local prices,” he said, a day after the petrol price was jacked up by Rs4 per litre and that of high speed diesel (HSD) by Rs2 per litre.

Blame on the previous governments

The minister blamed the previous government for the ills the country is facing today. “Pakistan became a food importer due to mismanagement during the last 30 years. We are currently importing wheat, sugar and pulses.”

Shaukat Tarin said PM Khan stopped the ministry from increasing the levy as he wanted to lessen the burden on the masses. “This is the reason we want to give direct subsidies to the lower-income group.”

He said the PTI government is undertaking efforts to enhance agricultural output.

The minister further said that steps are being taken to control the prices of commodities. In six days, the minister assured that prices of ghee will come down to Rs 300 per kg.

Tareen lamented that when it comes to commodities, the middleman earns huge profits. He said that the administration is restoring the post of price magistrate to reduce inflation.

Crediting the steps taken by the government for tax collection, he said the FBR has achieved more revenue than the target it was given. “If the economy grows, its effects will be visible to the people.”

Shaukat Tareen said the government is taking a big comprehensive plan to the IMF.

“I hope we will be heard by the IMF. We will have talks on revenue and the power sector.”

Noting that the revenue collection has increased up to 40%, he admitted that there are challenges in the power sector.

“Increasing power tariff is not the solution,” he said.

Meanwhile, PPP’s Senator Sherry Rehman has slammed the government for dropping a “petrol bomb” on the masses in times of extreme inflation.

She said that petrol prices now stand at Rs 127.3/L. Whereas, during the PPP’s government in 2013, international oil prices remained high due to the global financial crisis. Yet the price at home was nowhere close to the tsunami it is now.

“PTIMF is the opposite of what it promised. It does exactly what IMF says, borrows like no govt before and tells people the good days are here.”