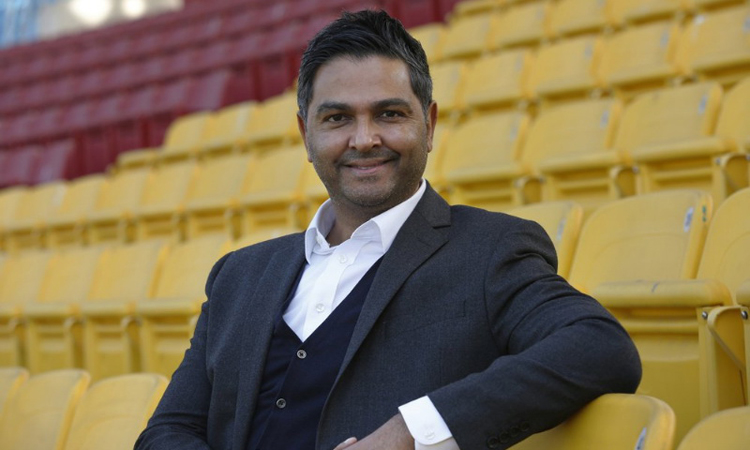 LAHORE: Pakistan Cricket Board (PCB) Chief Executive Officer Wasim Khan on Wednesday became the third high-profile official, after coaches Misbahul Haq and Waqar Younis, to resign following the appointment of former Test captain Ramiz Raja as the new Chairman of the organisation. The PCB Board of Governors met yesterday afternoon, via videoconference, and unanimously accepted the resignation of Wasim who had joined the PCB on a three-year contract on February 1st, 2019. Wasim, who is British with Pakistani heritage, had organised Pakistan’s tours of England and then New Zealand amid severe Covid-19 restrictions last year. The first British Muslim to play county cricket in England, he had reported run-ins with former PCB Chairman Ehsan Mani, who he accused of stopping him from working freely. With his contract due to expire in February 2022, Wasim was undecided about his future anyway in the position beyond his initial term. With Mani at helm of affairs, Wasim was offered an extension for another three years, but that never materialised, as Ramiz becoming the new Chairman changed the dynamics within the PCB. Ramiz named former Australian opener Matthew Hayden and former South African all-rounder Vernon Philander as replacements to the coaching team for the Twenty20 World Cup that begins next month.

Following the BoG meeting, Ramiz said: “During his time with the PCB, Wasim provided excellent leadership, particularly following the outbreak of the Covid-19 pandemic when very little information was available and precise decision-making was required to ensure cricket remained unaffected and continued to be played at the domestic and international levels. The PCB owes Wasim a debt of gratitude for his good leadership and we wish him well in his future plans and career endeavours.” It is interesting to note that in his first press conference after being appointed as the new Chairman on September 13, Ramiz was asked would he continue working with the Board’s CEO Wasim or whether he aimed to restructure the organisation. “This is an internal matter of the organisation, and I will not share anything with you. If I talk about scrolls, then 90 percent of the PCB’s staff should be fired – so these are the conditions,” he said while talking about Wasim.

In his departing statement, Wasim said: “It has been an honour and a privilege to serve the Pakistan Cricket Board and hugely satisfying to see the resumption of Test cricket with Sri Lanka playing Tests in Rawalpindi and Karachi, and the homecoming of the Pakistan Super League during the last two years. When I arrived in 2019, there was a real need to build relationships and restore and enhance the global image and reputation of the PCB and Pakistan cricket. With decisive and strategic decision-making, particularly during the Covid-19 pandemic, we succeeded in earning the goodwill and respect of the global cricketing family, which I am hopeful will lead to increased international cricket being hosted in Pakistan in future. I am grateful to have worked with all our fantastic commercial partners and the passionate people at the PCB. I would also like to thank each and every one of my staff for supporting me as well as the Pakistan men and women players, and the Pakistan cricket fans. Lastly, I want to wish PCB Chairman Ramiz Raja the very best during his tenure, I am sure there will be exciting times ahead for Pakistan Cricket under his leadership.”

Taking on the CEO role, Wasim had enjoyed some success in maintaining the new corporate structure introduced by Mani. He was the main man behind the execution of the radical change in domestic restructure forced by the Prime Minister Imran Khan, the Patron of the PCB. He oversaw the dismantling of the previous mix of departmental and regional cricket by implementing the provincial-team model. The revamping came at the cost of a lot of players losing their livelihood, as Wasim faced enormous nation-wide outrage. But, he offered a solution by revamping the domestic cricket department and combining it with national cricket academies to make it a high performance centre, thereby creating more jobs in provincial teams and city associations. The PCB eventually created jobs for all veteran cricketers at the association level, offering them opportunities on various scales ranging from administrative jobs to field jobs.

Wasim has also enjoyed some success in improving Pakistan’s status as a venue that is safe and welcoming for touring teams. He managed to get the entire Pakistan Super League played in Pakistan, while also ensuring Test cricket returned to the country. While Wasim was largely building on the groundwork laid out by the previous regime, under his watch, the administration has not had to pay money to get teams to visit Pakistan. However, with both New Zealand and England pulling out of their tour of Pakistan, Wasim’s progress on that front has been significantly dented. Though his role was often curtailed by events and factors beyond his control, Wasim was the first CEO to be operating under a new Board constitution in which the role actually had some influence. Previously, Board Chairmen have been all-powerful but under this constitution, the CEO held more say in the day-to-day management of Board affairs. But with Ramiz at helm, the Chairman still holds considerable power. The PCB will not name a replacement — permanent or interim — for Wasim at the moment. His departure is not expected to impact any operational matters and all signs point towards Ramiz, as Chairman, taking on more of the role.