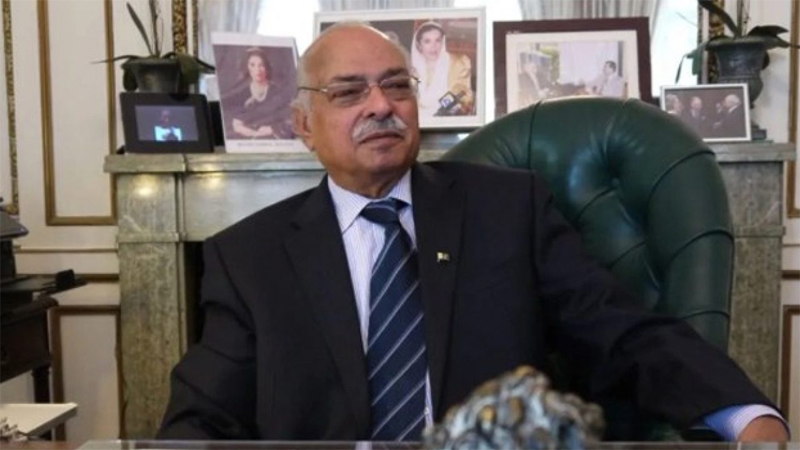 In a tweet, Rehman posted a condolence message for Hasan, praising him for his “lifetime of devotion to democracy, human rights, free press and the PPP”.

“What a loss! Heartfelt condolences to his family and the broader civil society community he was deeply involved with,” she tweeted.

In a tweet, Pakistan Peoples Party chairperson Bilawal Bhutto-Zardari condoled Hasan’s demise, saying an “immense source of strength and guidance for me left us today”. “Journalist, diplomat, democrat, family friend, good bye uncle Wajid,” Bilawal wrote. “Nothing will be the same without you.”

Bilawal also shared his text conversation with Hasan last year, in which the former diplomat had reported being unwell.

Hasan had stepped down as Pakistan’s high commissioner to the UK in April 2014 after serving in the office for six years.

He was at the time the longest-serving Pakistani envoy to the UK. This was his second stint there, having worked as the high commissioner from 1994 to 1996.

Hasan was the author of ‘Bhutto Khandaan Meri Yaadon Mein: Wajid Shamsul Hasan Ki Nisf Sadi Par Muheet Yaadein’. Wajid Shamsul Hasan was also a veteran journalist, who had been associated with the profession for over 40 years. He was a close aide of former prime minister Benazir Bhutto.

The late PPP leader’s family said details of his funeral will be revealed shortly.