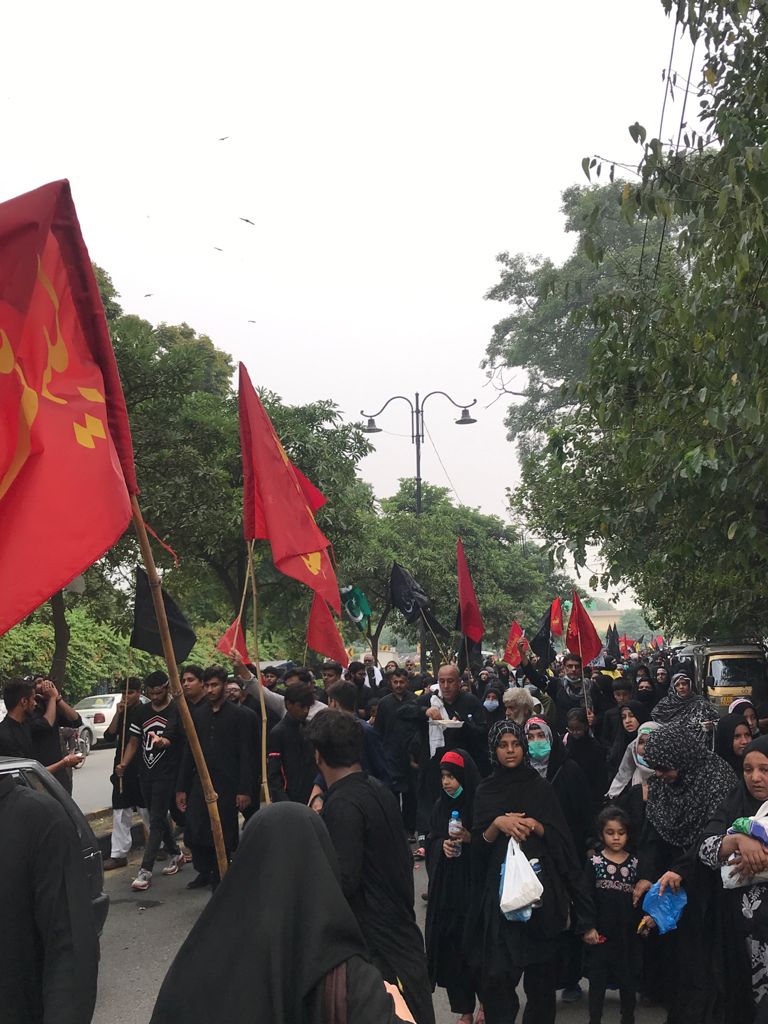 LAHORE/MALL ROAD: On Tuesday, the chehlum of Imam Hussain the hero of the Karbala tragedy and his 72 companions marked with traditional and religious honor amidst tight surveillance.

Throughout the country, processions were carried out by the devotees to pay homage to Imam Hussain and his great sacrifice for the cause of truth, integrity and rectitude.

Alongside the processions, majalis were held in remembrance of the great heroes of Islam who gave up everything to protect the golden principles of Islam.

In Lahore, every sect enthusiastically participated in the processions without any discrimination. When the procession passed by Lawrence Garden’s central mosque, the madrassa students were seen with huge water tanks and eatables that were distributed among the people who attended the chehlum.

On the other hand, the Chehlum occurs 40 days after the 10th of Muharram, the day Imam Hussain got martyrdom by Yazidi forces in the Battle of Karbala in 61 A.H.