Make mistakes, but also learn from people around you: Saif Ali Khan

* As he celebrates the success of his latest film 'Bhoot Police', the actor accepted that one advice he would like to give his younger self is to be more centred 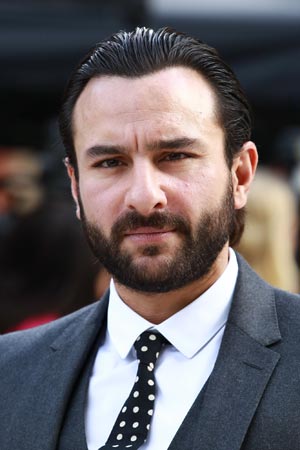 Saif Ali Khan may have been to the manor born but his acting career came with its own share of ups and downs.

Written off after his initial movies, he has scripted multiple returns from the brink. It was perhaps when he let go off the fears and expectations that he truly found his feet. That was when Saif 2.0 was born who is not afraid of experimenting.

As he celebrates the success of his latest film Bhoot Police on Disney+ Hotstar, the actor accepted that one advice he would like to give his younger self is to be more centred. Having said that, he is unafraid to create a mess, whether it is now or 30 years back. “I’d advice my younger self to just find your centre and stay there. Play each role to its maximum entertainment quotient and keep your mind clear. That’s what makes us human, to be all over the place at a certain age, to make a bit of a mess. The only time you know what it means to be clear, is when you’re unclear. I’d say enjoy the ride, it’s going to be fun,” Saif said.

Interestingly, that is the advice he would like to give his sons too if they have the Hindi film industry on their mind.

Saif has Sara Ali Khan and Ibrahim Ali Khan with first wife Amrita Singh. He also has sons Taimur and Jeh with wife Kareena Kapoor. While Sara Ali Khan is already a star, his eldest son Ibrahim hasn’t announced any plans of joining films as yet. He has appeared in a few magazines covers and print ads and is said to be interested in a film career.

We asked Saif if he’d have any suggestion for him, or for that matter, Taimur and Jeh if ever they plan to become actors. The versatile artiste said, “There are so many people around you – big stars and great actors, learn from all of them.

Try to do good things. It’s easier said than done. Make mistakes, for sure. But the bottomline is, you have to contribute something to the world we live in, and we’ve chosen to contribute entertainment. So make sure it’s entertaining.”

But, he reiterates that always have fun doing what you love. “I’d say just be actors. Enjoy acting and playing roles,” he added.

The actor isn’t on Instagram or Twitter, but reacting to Sara as a bonafide social media star, with her witty updates and shayaris, the actor accepts that he has heard a few of them. Calling his daughter “cultured, who respects all beliefs”, Saif appeared a proud father at how Sara has managed to find her mark in Bollywood.