Assets reference to be filed by NAB against Rana Sanaullah 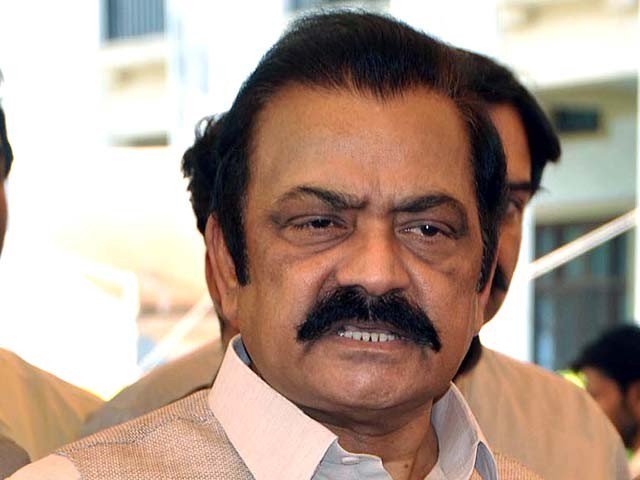 LAHORE: The National Accountability Bureau (NAB) on Thursday has decided to file a reference against Rana Sanaullah. NAB will file the reference in assets beyond means case. Rana Sanaullah is the president of Pakistan Muslim League-Nawaz (PML-N) and MNA.

The authority will file the reference in NAB court. NAB will take final approval from the Chairman of the graft-buster body, Justice retired Javed Iqbal.

Sources said the NAB took the decision to file reference as the PML-N stalwart failed to give a satisfactory answer about his assets. Rana Sanaullah owns properties worth more than Rs400 million.

The properties include three plots of one kanal each in Lahore. Two farmhouses, and shops worth Rs35 million in Faisalabad. Also, five plots in a private housing scheme and a landcruiser.

On April 5, the Lahore High Court had granted interim bail to the PML-N leader in the assets case, which was later confirmed by the court.

NAB prosecutor Faisal Bukhari had told the court that Sanaullah received Rs127 million salary while performing duties on different public positions from 1990 to 2019, whereas, he doesn’t have any other sources of income.

It must be noted that the PML-N Punjab chapter president is already facing charges of drug smuggling.