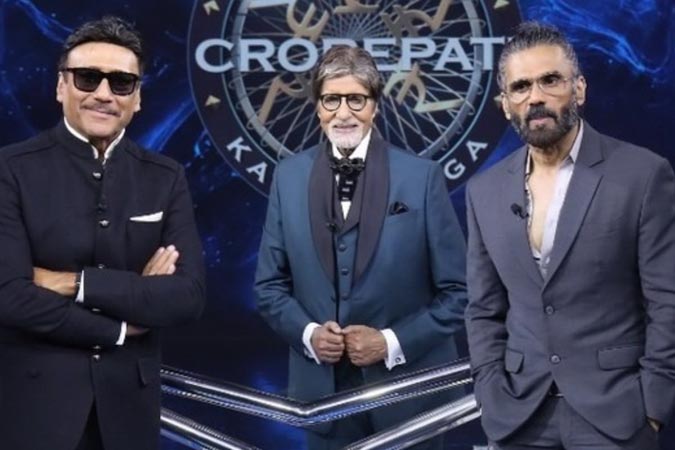 Bollywood actors Jackie Shroff and Suniel Shetty will be seen as special guests on the ‘Shaandaar Shukravaar’ special episode of ‘Kaun Banega Crorepati 13’.

They will be on the hotseat and play the game with host Amitabh Bachchan.

The duo also showed some fitness moves and exercises that impressed everyone present there. During a conversation, Amitabh Bachchan asked Suniel Shetty the secret behind his fit body and he answered that it is because he goes to the gym 6 days a week.

A source from the sets revealed: “During a conversation with Suniel Shetty, Amitabh Bachchan asked the actor the ‘raaz’ behind his fit body. The 60-year-old actor who seems to be getting younger day by day said that he hits the gym 6 days a week. This not only shocked the audience but the host as well. Talking about being fit and having a healthy body, Suniel Shetty along with Jackie Shroff pulled off intense exercises like planks and leg raises which only left Amitabh Bachchan highly impressed with his guests.”