Want a dreamy holiday in the Med without neon signs and tacky souvenir shops?

* We all know of Sardinia, Sicily and Capri but there are more than 350 islands scattered off Italy's 4,600-mile coastline 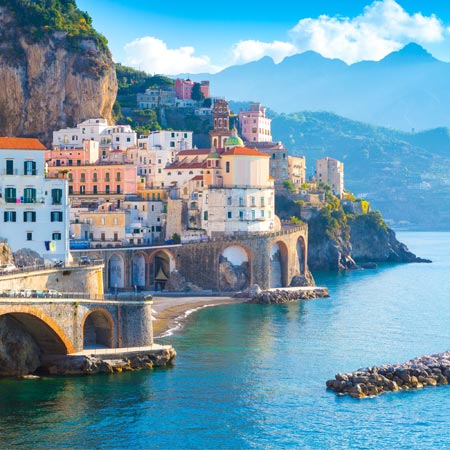 The Italians are generous with sharing their homeland with the five million of us who fly in each year.

But when it comes to some of their islands, they would really like to keep them a secret. And who can blame them?

We all know of Sardinia, Sicily and Capri but there are more than 350 islands scattered off Italy’s 4,600-mile coastline.

Some are buzzy and chic, others are Lost World atolls that function at a snail’s pace.

But on all of them, you will struggle to find a neon sign, multinational hotel or tacky souvenir store.

Unlike its busy neighbour, there are no cars or crowds, but many beautiful hiking trails including the 510, which circles the island and takes you up towering white cliffs, through forests which are home to 500 species of flora and fauna and past pretty coves.

How to do it: Fly to Genoa and take a 22-minute ferry from the port of Portovenere. There are no hotels on the island but doubles available at Relais Santa Caterina in Portovenere from £115.

JUST A GIGLIO — legend has it that when Venus, goddess of beauty, emerged from the depths of the Tyrrhenian sea, seven gemstones fell from her tiara and turned into the islands of the Tuscan archipelago: Gorgona, Capraia, Elba, Pianosa, Montecristo, Giannutri and Giglio.

A spike of granite 11 miles off the coast of Tuscany, Giglio has been drawing hikers, divers and anglers for generations, thanks to its wildlife-rich landscape.

Don’t miss: Seafood restaurants at the sunset-facing port of Campese.

How to do it: Fly to Rome and catch the 50-minute ferry from Porto Santo Stefano. Doubles at La Guardia Hotel from £125.

MADDALENA MAGIC — the antithesis of its showy sibling Sardinia, La Maddalena has some of the cleanest and clearest waters in Italy, as well as magnificent beaches that feel more Caribbean than Mediterranean.

The island is connected by a small bridge to the wild island of Caprera, which the astute military commander Giuseppe Garibaldi made his home for the last 27 years of his life, partly in exile. You can visit his former house, now a small museum.

Don’t miss: Take a boat to Spargi and explore the Cala Soraya, a pristine beach backed by colourful fragrant shrubs.

How to do it: Fly to Alghero, Sardinia and catch a 20-minute ferry. Apartments at AHR Residence Leonis La Maddalena from £48 per night.

PONZA PARADISE — known as the Italian Hamptons, Ponza plays host to Rome’s well-heeled residents during the summer, as well as in-the-know celebrities such as Rihanna, Bruce Springsteen, Mariah Carey and Beyoncé.

The five-mile-long strip of jagged white rocks, pastel-coloured clifftop villages and rolling hills is best admired from the sea, so hire a boat from the harbour.

Don’t miss: The island’s wine, Fieno di Ponza – its vineyards are so small that almost all of it is consumed on Ponza.

How to do it: Fly to Rome and take a 90-minute boat from the port of Anzio. Doubles at Hotel Chiaia di Luna from £77.

PRETTY IN PROCIDA — islands don’t come much prettier – or colourful – than Procida. The smallest in the Bay of Naples at only 1.5 sq miles, it is famous for its fragrant lemons which grow as big as fists on trees between buildings dripping with bougainvillea.

A tangle of houses painted in pastel tones of pink, yellow, blue and green tumble down to the traffic-free harbour, which can only be reached by stairs in passageways through the houses.

Don’t miss: The view from Terra Murata, the old town, with its cobbled streets lined with butchers, bakers and chandlers.

How to do it: Fly to Naples and catch a 40-minute hydrofoil. Doubles at La Suite Boutique Hotel from £140.

STROMBOLI SPARKLE — nicknamed the ‘lighthouse of the Mediterranean’ thanks to its volcano’s towering glow, Stromboli rises nearly a half a mile above sea level. Its volcano is one of the world’s most active, having rumbled, grumbled and spewed bursts of lava almost continuously for nearly 2,500 years.

Eruptions have blackened much of the landscape, but the northeastern corner is inhabited, and it’s here that you’ll find the island’s famous black beaches and the attractive main village sprawled along the volcano’s lower slopes.

In safe conditions, it takes three to four hours to walk to Stromboli’s summit, most beautiful at night when blazing ‘fire fountains’ sear into the darkness.

Don’t miss: The wonderful fresh fish at Ristorante da Zurro, across from the harbour.

How to do it: Fly to Catania and catch a 70-minute ferry. Doubles at Aquilone Residence from £52 per night.

ESCAPE TO PANAREA — a speck off the coast of Sicily, Panarea’s 300 or so residents are joined by Europe’s elite in the summer, including the likes of designer Stefano Gabbana and Kate Moss. Giant yachts fill the island’s tiny harbour, which picks up at dusk when Italians embark on the passeggiata and tourists begin gathering at bars.

Lines of white-washed buildings with freshly-painted blue doors and immaculate gardens dot the meandering streets leading down to the sea. Don’t expect any cars. The streets are far too small. Golf buggies reign supreme here, save for the odd Vespa.

Don’t miss: Join the A-listers for an Aperol Spritz on the rooftop at Hotel Raya, adored by celebrities, royalty and oligarchs.

How to do it: Fly to Palermo and catch a 1½ hour ferry. Doubles at Da Francesco from £62.

Five tiny charming towns are strung around its coast, including Malfa, overflowing with bright pink bougainvillea along cobbled streets with white, cubed houses.

Dishes are served delightfully salty owing to the island’s production of capers, considered among the world’s best. These grow freely by roadsides.

Parts of the Italian-language film Il Postino, set in the 1950s, was filmed here. But it hasn’t let fame go to its head and remains wonderfully sleepy.

How to do it: Fly to Palermo and catch a 90-minute ferry. Doubles at Principe di Salina from £146.

FAB IN FAVIGNANA — wild swimmers are drawn to this sleepy bow-tie pasta-shaped isle, home to some of Italy’s bluest water and best gelato.

Once the heart of the Sicilian bluefin tuna industry, it lies within Europe’s largest marine reserve, in the Egadi archipelago off the coast of Sicily. Most choose to explore the island on two wheels, be that bike or scooter, stopping off for cooling dips along the way.

Don’t miss: The Bue Marino is one of the best spots for a swim; towering rocks, caves and a kaleidoscope of blue.

How to do it: Fly to Catania and take a 25-minute hydrofoil from Tapani. Doubles at Tempo Di Mare from £68.

TINY PANTELLERIA — closer to the African coast than to Europe, Pantelleria is a tiny volcanic outcrop with a unique Italo-Arabic feel thanks to its Moorish architecture.

Numerous hot springs, natural sea spa baths and a heart-shaped lake in a volcanic crater known as the ‘Mirror of Venus’ form parts of the rugged and sparsely populated landscape.

Slather on the mineral-rich mud at the lake and rinse off with a swim to the centre.

Although the island was the location of the 2015 film A Bigger Splash, starring Tilda Swinton and Dakota Johnson, it remains blissfully quiet. While beaches are limited, the island is packed full of little coves to explore.

Don’t miss: Sample the sweet passito wine which is made from the island’s zibibbo grapes.

How to do it: Fly to Catania and take a two-hour ferry from Tapani. Rooms at Sikelia Luxury Retreat from £340.