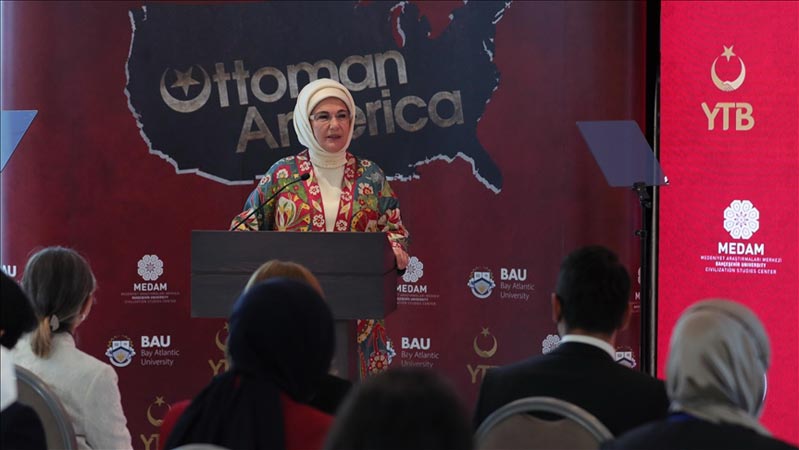 Turkey’s first lady Emine Erdogan on Monday attended the screening of a documentary film on Ottoman immigrants who went to the US in the early 1900s.

It was promoted with the attendance of Turkey’s first lady at the newly inaugurated Turkevi Centre, or Turkish House, in Manhattan across from UN headquarters.

Speaking at the event, Erdogan said the documentary not only illuminates Turkish history in America but also makes a great contribution to the science of history.

“Turkish, Kurdish, Armenian, Jewish and Greek immigrants set out on this path together and stayed together in America. We see the multiculturalism of the Ottoman Empire in this migration adventure,” she added.

Noting the importance of the historical basis presented by the documentary for Turks in America, she said she hopes the documentary will “be instrumental in establishing a museum that will record our migration history.”

Also speaking at the event, YTB President Abdullah Eren said the homeland of the first Muslim diaspora group in the US was the Ottoman Empire and underscored that this is an important starting point for Turkey-US relations.

The documentary “not only reveals the deep-rooted history of the Muslim community in the United States but also includes the stories of different ethnic groups,” Eren added.