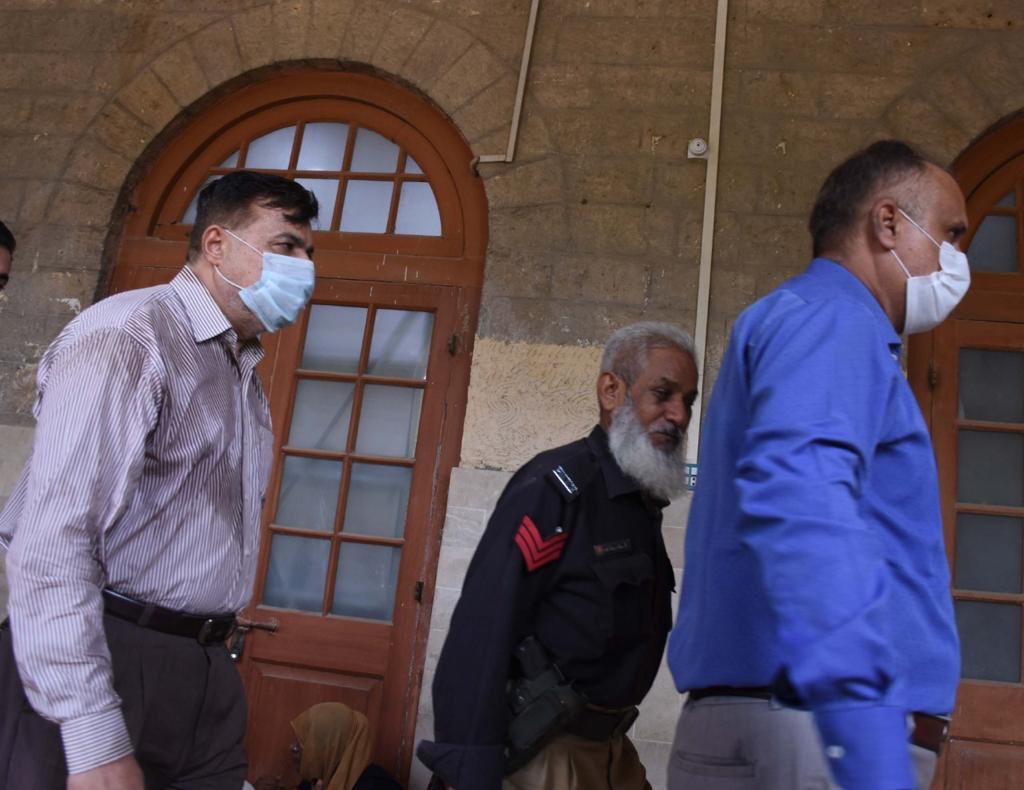 KARACHI: Muhammad Rafiq Bhojani who is currently in the Federal Investigation Agency’s custody facing charges of fraud and manipulation has been accused by another fertisliser company for illegally transferring shares using fraudulent tactics including fake signatures.

Nawaz Mumtaz, who is a shareholder and director of fertilizer company Cactus Fertilizers Private Limited has complained to the FIA’s Cyber Crime Wing Karachi that Bhojani illegally transferred shares of his company, using a dead person as well an overseas Pakistani who has not set foot in Pakistan in a decade.
Bhojani is already in the FIA custody over allegations of illegally transferring shares of Pak China Fertilizers Limited. Rafiq Bhojani’s son Zain Bhojani and nephew Muzammil Bhojani are in custody and face over 14 year sentence.

Bhojani is accused of illegally transferring Cactus Fertilizers Private Limited’s shares belonging to a deceased individual, an Overseas Pakistani investor residing in the UAE, and a UAE national who has not been in Pakistan for the last 9 years.

The FIA’s Corporate Crime Circle in Karachi has confirmed that it’s investigating Mr Bhojani after receiving a complaint from Mumtaz Nawaz, stating that he held 2,020,998 shares (40.40 percent) of the company but while he was in Dubai Mr. Bhojani conspired with others to take control of his shares through fraudulent signatures.

The application to the FIA says: “Any individual who can transfer a deceased individuals shares, is a true fraudster. I have recently come to know of the illegal transfer of 2,500,000 and 02 shares of the company standing in the name of Mr Abdul Majid Habib Jaffar and Mohamad Munaf respectively to Muhammad Rafiq Bhojani. Mr Munaf has been deceased for many years and Bhojani illegally transferred a dead man’s shares. At the same time, Majeed Habib, my partner, has not been in Pakistan since 2013, Bhojani again illegally transferred his shares. This forgery and fraud was previously done by Bhojani in a separate company, Pak China Fertilizers, and we have discovered the same has happened with us. I have filed an application with the FIA and appeal to the Prime Minister of Pakistan to protect investment of overseas Pakistani’s from such crooks and foreign investors from such crooks.”

Nawaz Mumtaz says that shares of Abdul Majid Jaffar were never offered to him for purchase but through a letter dated 7 Nov 2016 submitted with the Securities and Exchange Commission of Pakistan (SECP) contained his fake signatures “thereby declining my right to purchase shares of Abdul Majid Habib Jaffar”.
The complainant has submitted proof with the FIA that shows that his signatures were faked.

Minutes of Extraordinary General Meeting (MoEGM) dated 22 November 2016 approving sale of shares of Abdul Jaffar were submitted with SECP containing Nawaz Mumtaz’s fake signatures. “It may please be noted that I was not present in Pakistan which may be confirmed from immigration records that I was unaware of any such proceedings,” says Nawaz Mumtaz, adding that the fake notice of EoGM was submitted before the SECP.

According to the evidence, the company had allegedly submitted forms dated 15 August 2018 in which resignation of Abdul Majid Jaffar without his thumb impression was fixed.
It says: “In response to SECP letter dated 28 August 2018 issued for verification containing thumb impression affixed copy of resignation, the very same letter of resignation of Abdul Jaffar containing his fake signature and fake thumb impression was affixed with SECP through letter dated 4 September 2018 along with copy of passport of Abdul Majid Jaffar. Astonishingly, the passport of Abdul Jaffar was expired on 19 January 2014 that was submitted with SECP who has not raised a single question on expired passport, rather accepted the transfer of such shares.”
The complaint carries a copy of covering letters dates 15 August 2018 and 04 September 2018 resignation letters containing fake signatures and thumb impression and passport copy of Abdul Majid Jaffar. The complaint alleges that after receipt of resignation of any director of he company, SECP always sends confirmatory letter to the outgoing director for confirmation of their resignations from the company but in this case “the SECP has not issued any confirmatory letter neither received any confirmation from Abdul Majid Habib Jaffar confirming sale of his shares and resignation from directorship” yet SECP officials were kind enough to accept the forged forms in “very surreptitious manner”.

Mumtaz Nawaz stresses in the complaint: “all of my signatures contained of transfer of these shares are fake, without my knowledge and consent and liable to be investigated, including role of SECP officials, as there is strong apprehension that all of this fraud has been done with connivance and help of SECP officials”.

Mumtaz Nawaz stresses that “all the exercise has been done” to grab his shares that eventually would make Rafiq Bhojani majority shareholder of the company.

He alleges that Rafiq Bhojani prepared a fake Board resolution authorizing him to submit documents on behalf of director which tantamount to commission of electronic crime and liable to be investigated under Prevention of Electronic Crime Act 2016.

Rafiq Bhojani now faces two investigations of illegal share transfer and various FIR’s for theft and stealing documents. Zain Bhojani, his son, Muzammil Bhojani, his nephew, and Rafiq Bhojani have been charged by FIA under U/S 406/420/468/471/109 PPC. The three imprisoned were denied pre-arrest bail on 8 June 2021 by District Judge South Karachi, post-arrest bail on 19 June 2021 by Judicial Magistrate No. 1 South Karachi, post- arrest bail on 6 July 2021 by District Judge South Karachi on the grounds that the accused had not made out a case of further enquiry.