The Ministry of Women Affairs must be reactivated, Afghan activists hold protest 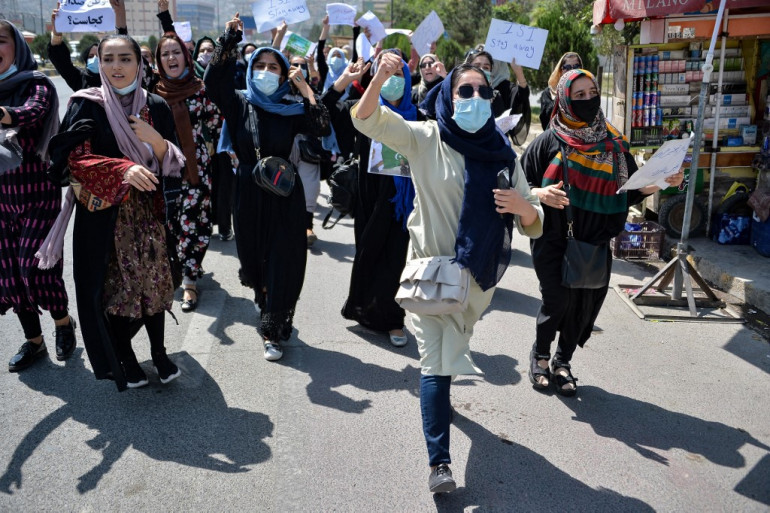 Following the replacement of Women’s ministry with the Ministry of Virtue and Vice by the Taliban militants, almost two dozen women activists demonstrated against the decision outside Afghanistan’s women’s ministry on Sunday.

The female protesters lamented that they had been attempting to return to work at the ministry for several weeks since the Taliban seized power last month, only to be told to go back home.

“The Ministry of Women’s Affairs must be reactivated,” said Baseera Tawana, one of the protesters outside the building. “The removal of women means the removal of human beings.”

On the other hand, the protest was held after some girls attended gender-segregated while the older girls were still in limbo when they would resume their classes.

“You cannot suppress the voice of Afghan women by keeping girls at home and restricting them, as well as by not allowing them to go to school,” said protester Taranum Sayeedi.

“The woman of Afghanistan today are not the women of 26 years ago.”

Earlier, when the Taliban first came to power in 1996, they banned the schooling of the girls and asked them to stay at home.

During their first period, the Ministry for Promotion of Virtue and Prevention of Vice came to be called the group’s moral police, implementing its interpretation of sharia.