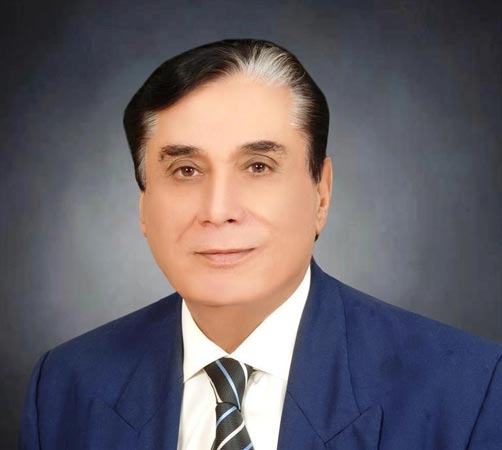 National Accountability Bureau (NAB) Chairman Justice (r) Javed Iqbal has said that the bureau’s anticorruption strategy of logical conclusion of mega corruption cases remained very successful which resulted into recovery of Rs 535 billion directly and indirectly from corrupt elements across the board. He said that NAB is committed to eradicate corruption as Corruption is the main plague being confronted to the country. He said that out of 179 mega corruption cases, 95 references have been filed in learned Accountability Courts whereas 66 cases have been disposed of as per law. From out of 179 cases, 10 such cases were being investigated and same number of cases is at inquiry stage. He said that 1,273 NAB references of Rs1,305 billion are under trial in different accountability courts throughout the country,” he said.

He said NAB is the focal organisation of Pakistan under the United Nations Convention against Corruption (UNCAC) as the country was a signatory to the UNCAC. Pakistan is the only country in the world with which China had signed a memorandum of understanding (MoU) for eradication of corruption. He said NAB is the chairman of SAARC Anti-Corruption Forum. “This is recognition of NAB’s excellent work as it is considered a role model among the SAARC countries,” he said.

He said the NAB has recovered Rs 822 billion directly and indirectly since its inception. While the conviction rate in NAB cases is 66 per cent which is an excellent performance compared to other anti-corruption organisations,” he said.

NAB respects business leaders and special cells have been established at NAB headquarters as well as all its regional offices to address their grievances. Business community has thanked the chairman for making efforts for resolution of their problems. Business community is backbone in country’s economy. NAB officers have been directed to respects the business community as the bureau is a business friendly institute. NAB does not want to anybody. NAB has recovered billion of rupees from the management of private housing societies and the recovered amount is returned to affectees with dignity.

The national exchequer. Honorable Mr. Justice Javed Iqbal, after assumption of his responsibilities as Chairman NAB has introduced a comprehensive and effective national anti-corruption strategy of “Accountability for All” policy which is being imported strictly. The number of complaints received by the National Accountability Bureau (NAB) had doubled in 2021 as compared to corresponding period 2020. Record 600 references have been filed in different accountability courts during the tenure of the incumbent leadership. NAB has introduced a new concept of Combine Investigation Team (CIT) in order to benefit from the experience and collective wisdom of senior supervisory officers, a system of CIT comprising Director, Additional Director, Investigation Officer, Legal Counsel, financial and land revenue experts.