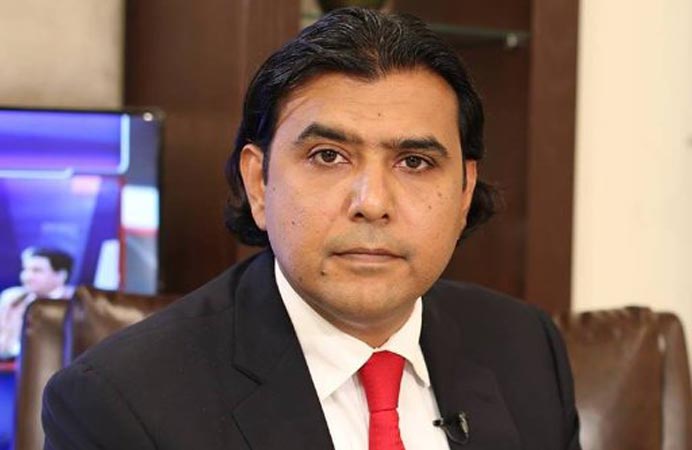 Responding to Sunday’s press conference of federal ministers Fawad Chaudhry and Shibli Faraz, PPP’s Senator Mustafa Nawaz Khokhar said, “The federal ministers have have lost their temper after the notices of the Election Commission.”

Condemning the statements of the ruling party’s ministers, Senator Mustafa Nawaz Khokhar said, “Earlier, the Election Commission was threatened to be set on fire by a sitting federal minister, and now an organised campaign is being launched to make the constitutional body controversial.”

He added, “The federal government is trying to tarnish the Election Commission’s reputation in order to rig the next general elections. The electronic voting machine (EVM) plan is actually a conspiracy to steal the general elections.”

“The ECP has opposed government’s plan to use EVMs and raised genuine concerns about this during the hearing of Senate’s standing committee. The government is afraid of ECP’s opposition to EVMs,” Senator Khokhar said.

“The chief election commissioner (CEC) had refused to accept government’s pressure in Daska elections. ECP firmly stood against Daska rigging and suspended police and administration officers. The Chief Election Commissioner is trying to restore the credibility of the Elelction Commission while the federal government wants to control it,” he said.

The PPP leader said that the government ministers are accusing the chief election commissioner to isolate him and make his position controversial. However, he was nominated by PTI leadership in the past for this position.”

“All opposition parties, lawyers, journalists and other stakeholders should stand with the Election Commission for rule of law, supremacy of the constitution and transparent elections,” concluded Senator Khokhar.