Inclusive govt in Afghanistan must to achieve sustainable peace: PM 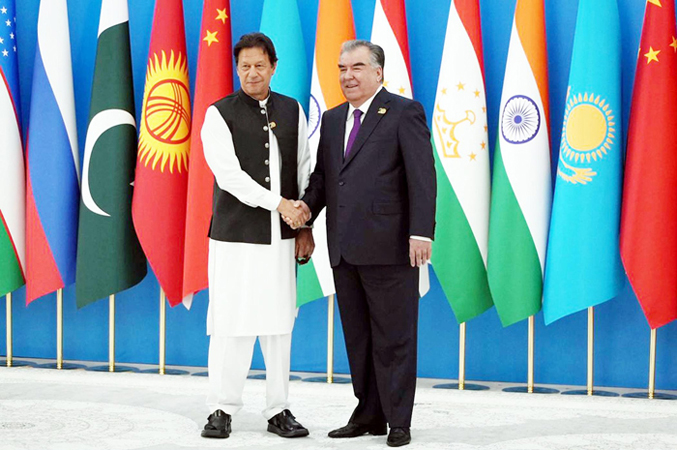 Prime Minister Imran Khan on Friday stressed that the establishment of an inclusive government with all ethnic groups on board was inevitable to achieve sustainable peace and stability in Afghanistan, which was passing through a defining moment.

Peace and stability in Afghanistan is not only important for Pakistan and Tajikistan but for the whole region,” Imran Khan said while addressing a joint press conference along with Tajik President Emomali Rahmon after holding one-on-one meeting and delegation level talks.

The prime minister said besides having wide-ranging talks to strengthen bilateral cooperation in diverse areas, they discussed the most important issue of the situation in Afghanistan.

He said that peace and stability in Afghanistan was very important especially for Afghan people, who were suffering for the last 40 years.

The prime minister said that he and President Rahmon discussed how they could ensure peace and stability in Afghanistan.

He described the situation of conflict between Tajiks and Taliban in Panjshir as “worrying” and said that the two countries agreed to try their best to resolve the issue through dialogue.

The premier said that as Afghanistan comprised of various ethnic communities including 45 percent Pashtuns as well as Tajiks, Uzbeks, Hazaras, “we urge for inclusive government”.

Prime Minister Imran Khan, however, added that they cannot dictate Afghanistan but urge them as friends to resolve the [Panjshir] issue through dialogue and also open the blockade for humanitarian aid.

He said that the situation in Afghanistan had two ways with one leading to peace or it can to a nightmare scenario of conflict, humanitarian crisis and instability.

The prime minister said that three terrorist groups had been using Afghan soil to launch terrorist attacks in Pakistan, adding, stability in Afghanistan was in everyone’s interest.

About bilateral relations between Pakistan and Tajikistan, Imran Khan said the two sides held wide-ranging talks for strengthening cooperation in diverse fields including trade and connectivity besides discussing ways and means to enhance bilateral trade of goods including textile, pharmaceutical etc.

He also thanked the President of Tajikistan for the warm welcome and hospitality extended to the Pakistan delegation during the visit.

The prime minister said that he and his delegation were impressed with the development achieved by Tajikistan.

“We have seen the development, buildings and greenery. I think you [Tajik President] have a passion for development. We are impressed,” he remarked.

Earlier, Prime Minister Imran Khan and President Emomali Rahmon witnessed the signing of various documents and Memoranda of Understanding (MOUs) for increased cooperation between Pakistan and Tajikistan in the areas of industry, tourism, hospitality, investment, information and broadcasting, physical training and sports, intelligence sharing to check money laundering and avoidance of double taxation.