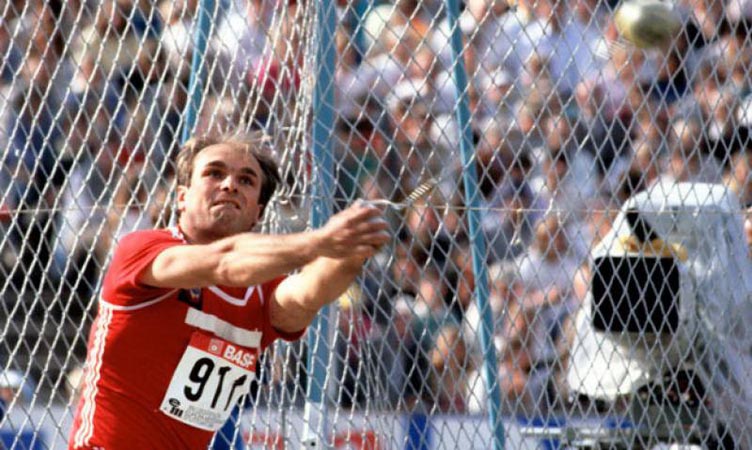 PARIS: Double Olympic champion Yuriy Sedykh, whose world record for the hammer still stands, has died at the age of 66, the European Athletics Federation announced on Tuesday. Sedykh, who competed for the USSR before later taking Ukrainian nationality, broke the world record six times in his 15-year career. The last of those records, a throw of 86.74m on August 30, 1986 in Stuttgart, has yet to be broken. Sedykh won Olympic gold in Montreal in 1976 and Moscow four years later. He did not compete in the 1984 Games in Los Angeles because of a Soviet-bloc boycott but returned to take silver in 1988 in Seoul. He also won gold at the world championships in Tokyo in 1991 and was crowned European champion three times. Sedykh is one of only two throwers, with his compatriot Sergey Litvinov, to have sent the hammer beyond 86m. Sedykh was later accused of having used steroids by Grigory Rodchenkov, the former director of the Moscow anti-doping laboratory who blew the whistle on organised Russian doping revelations between 2011 and 2015. After his career, Sedykh moved to France with his second wife Natalya Lisovskaya.