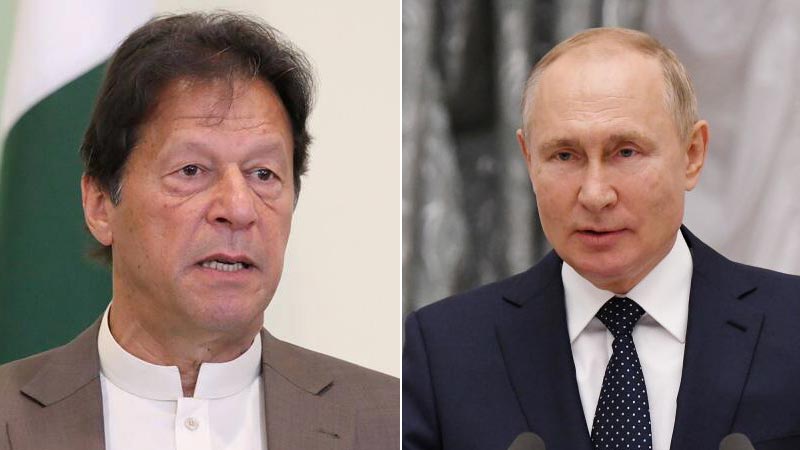 Prime Minister Imran Khan on Tuesday stressed that close coordination and consultations between Pakistan and Russia on the evolving situation in Afghanistan are of crucial importance.

The prime minister said this as he received a telephone call from Russian President Vladimir Putin. Recalling their earlier telephonic conversation of August 25, the two leaders exchanged views on the latest developments of Afghanistan, bilateral cooperation, and collaboration in the Shanghai Cooperation Organization (SCO).

The prime minister underscored the importance of peace and stability in Afghanistan for regional security and prosperity, said a news release issued here by the PM Media Office. He emphasized on the urgent need for provision of humanitarian assistance to Afghanistan and the imperative of averting an economic crisis. The prime minister underlined the need for the international community to remain engaged in Afghanistan. He stressed that the Afghan people should not be abandoned at this crucial juncture.

In the bilateral context, the Prime Minister emphasized the growing cooperation across a range of sectors and reaffirmed Pakistan’s commitment to further upgrade the overall relationship. He underscored that strengthening trade, investments and energy cooperation were the cornerstones of engagement with Russia.

Relations between Pakistan and Russia have been on an upward trajectory propelled by converging views on important regional and international issues, growing trust, and increasing bilateral cooperation manifested by recent high-level interactions. The two leaders agreed to remain in close contact.

Separately, Prime Minister Imran Khan has directe d to ensure transparency in completion of the privatization process of various public entities, including Pakistan Steel Mills and Jinnah Convention Centre. In a meeting with Federal Minister for Privatization Muhammadmian Soomro, the prime minister was briefed on the current status of privatization of different bodies. The prime minister was also updated on the encouraging results of the ongoing roadshows, being held on September 13-21, aimed at attracting foreign investors for the revival of Pakistan Steel Mills.