Govt to file review petition with SC regarding SERA 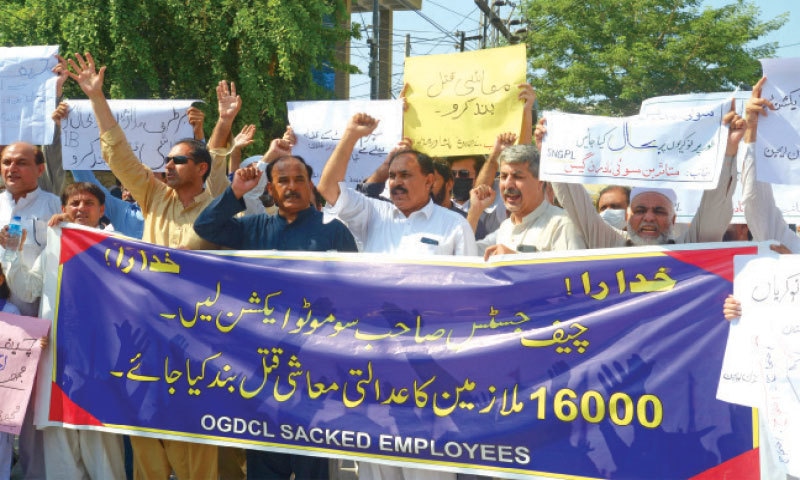 ISLAMABAD: The federal government has decided to file a review petition in the Supreme Court against annulling the Sacked Employees (Reinstatement) Ordinance Act (SERA) 2010.

According to the details, the federal government has decided to file a review petition in the SC. In this regard the attorney general office will seek time from the apex court for filing the review.

As per rules, a time of two weeks will be sought from the SC for filing a review petition into SC’s verdict of declaring the Sacked Employees Act, 2010 as void.

The employees, who have lost their jobs following the orders of the Apex Court, have already filed review petitions for reinstatement of their services.

A three-member bench of the Supreme Court headed by Justice Mushir Alam on August 17 declared the Sacked Employees (Reinstatement) Act, 2010 as unconstitutional after it was enacted for reinstating the employees who were appointed from Nov 1, 1993, till Nov 30, 1996, and were sacked by the government from Nov 1, 1996, till Oct 12, 1999.

The verdict, authored by Justice Mushir Alam on his last day in the office, says that it is the duty of the Supreme Court to safeguard the rights and interests of citizens. Because the constitutional rights of the employees who have invested decades of their lifetime into the service of the country have been violated outright through the 2010 Act.