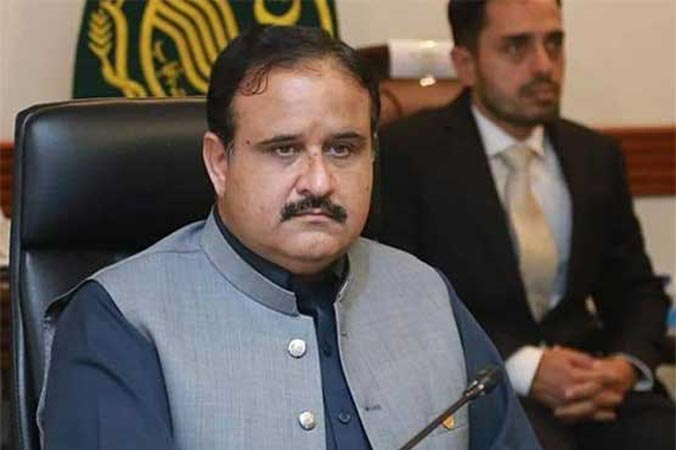 Chief Minister Punjab Sardar Usman Buzdar has said that all the sub registrars offices and e-khidmat centres were providing a one-window registration facility and mutation of property services across Punjab. District gazetteers were also being published to collect up to date and concise information of all the districts throughout Punjab.

In a statement, the CM said revenue khidmat kutcheries were providing great relief to the ordinary people by redressing their complaints and grievances. The government was following the vision of transparency and believes in prompt service delivery, he said. The CM said 850 revenue centres were established to provide revenue services on the doorstep of the people. During the current financial year, the number of revenue centres would be increased to 8000, he added. In order to make a correct assessment of agricultural crops production, a digital girdawari system has also been launched, he stated.

The chief minister said mobile centres have been introduced for the provision of revenue services to the people of far-flung areas. Revenue court case management system is providing speedy justice, he continued. People would benefit from 100 per cent digitization of revenue records in the province. The chief minister said that state land measuring more than one lakh and 80 thousand acres have been retrieved amounting to Rs. 462 billion. In the urban areas of Punjab, land measuring 4056 acres has been retrieved from the qabza mafia; while in rural areas, more than 176000 acres of land has also been retrieved, the CM stated. The government has proved its writ by retrieving the state land.

The CM said consolidation of land was being carried out with the help of information technology, GPS based satellite systems. The crackdown against the qabza mafia would continue without any discrimination and no stone would be left unturned to curb the menace of the qabza mafia, he assured. Punjab Board of Revenue has shown a tremendous increase in revenue collection during the last financial year. Against a target of 59.8 billion rupees, the BOR collected more than 62 billion rupees government dues/taxes during the last financial year and work on launching software bills is also under process, concluded the chief minister.

On this occasion, the CM said the government was fully focused on public service delivery during the last three years and it is determined to go ahead for the welfare of the common man. Rs. 360 billion district development packages have been given for uniform development of every area in Punjab, he noted. For the first time in the provincial history, neglected areas were being developed, he stressed. Opposition parties have used negative tactics against government from the day first but with the grace of Allah and support of the people, the opposition failed on all fronts, he maintained. The opposition could not mislead the people with its political double standards, he said. The politics of chaos is not in the interest of country and nation, the CM stressed, adding that promotion of unity was the need of the hour. The steps taken by PM Imran Khan have ensured transparency at every level and people have greatly appreciated them, said Usman Buzdar.

Senator Aon Abbas Buppi said under the leadership of CM Usman Buzdar, the Punjab government is facilitating the people and CM Punjab has taken several measures to improve the life of the common man. Chief Minister Usman Buzdar is focusing to resolve the issues of the people and is working with great zeal and hard work to continue the journey of public service, he added.

Chief Minister Punjab Sardar Usman Buzdar has sought a report from RPO Sargodha about the murder of a 13-year-old boy in the precinct of PS Harnoli in Mianwali. The CM directed immediate arrest of the criminals for further legal action. He also extended sympathies to the affected family and assured them of the provision of justice.

Chief Minister Punjab Sardar Usman Buzdar has expressed a deep sense of sorrow over the death of trailblazer radio broadcaster and columnist Azeem Sarwar and extended sympathies to his family.

In a statement, the CM prayed to Allah Almighty to rest the departed soul in eternal peace and grant courage to the heirs to bear the loss with equanimity. Azeem Sarwar enjoyed a prominent position in the field of broadcasting and fond memories of his famous programs will remain alive in the hearts of the listeners, the CM added. Chief Minister Punjab Sardar Usman Buzdar has expressed a deep sense of sorrow over the death of senior columnist, writer and historian Dr Safdar Mahmood and extended sympathies to the bereaved heirs.

In a statement, the CM said that late Dr Safdar Mahmood highlighted socio-cultural issues in his columns, adding that his services will be remembered till late.