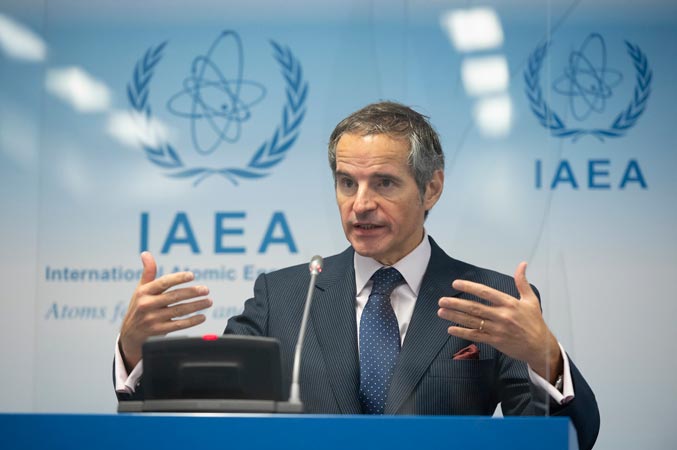 Western powers on Monday scrapped plans for a resolution criticising Iran at the U.N. atomic watchdog after Tehran agreed to prolong monitoring of some nuclear activities, even though the watchdog said Iran made no “promise” on another key issue.

The decision by the United States, France, Britain and Germany not to push for a resolution at this week’s meeting of the International Atomic Energy Agency’s 35-nation Board of Governors avoids an escalation with Iran that could have killed hopes of resuming wider talks on reviving the Iran nuclear deal.

During a last-minute visit to Tehran this weekend by IAEA chief Rafael Grossi, Iran agreed to grant his agency overdue access to its equipment in Iran that monitors some sensitive areas of its nuclear programme. Inspectors will swap out memory cards more than two weeks after they were due to be replaced. Grossi said on Sunday that the agreement solved “the most urgent issue” between the IAEA and Iran. He made clear on Monday, however, that on another source of concern – Iran’s failure to explain uranium traces found at several old but undeclared sites – he had obtained no firm commitments.