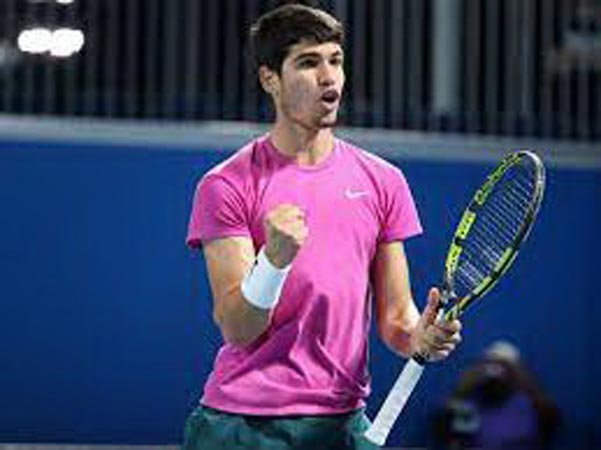 PARIS: Former world number one Rafael Nadal dropped out of the top five in the ATP rankings released Monday while Spanish teenager Carlos Alcaraz, seen by many to be his compatriot’s successor, soared 17 places to 38. Nadal has not played since losing to Novak Djokovic in the French Open semi-finals due to a foot injury and now sits sixth in the rankings. Djokovic comfortably retains the number one spot despite his defeat to second-ranked Daniil Medvedev in Sunday’s US Open final. Medvedev’s predecessor as US Open champion, Dominic Thiem, is another to slide down the rankings, from six to eight, as a wrist injury prevented him defending his title in New York.

Alcaraz shone at the US Open where he showed he is likely to be a force to be reckoned with, becoming the youngest US Open men’s quarter-finalist in 58 years but a thigh injury brought his run to an end and he retired from the last-eight clash with Canada’s Felix Auger-Aliassime. Auger-Aliassime climbs four spots to 11th while there are eye-catching rises for two others who performed above expectations by reaching the quarter-finals of the final Grand Slam of the year — South African Lloyd Harris gains 15 places to lie in 31st spot and Dutch qualifier Botic van de Zandschulp moves up 55 spots to 62nd.