Virginia Woolf and equality of women

* According to Woolf, men enjoy superior status because of the professions they choose for themselves 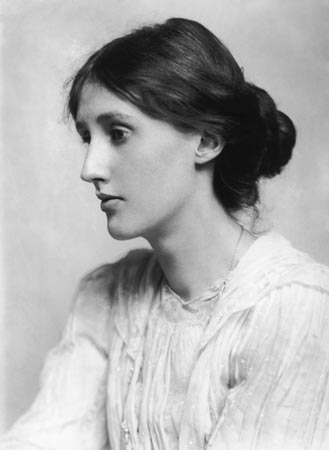 As the title suggests, the short novel is about the contribution of Three Guineas to a cause which becomes obvious when we go down into the text that it is by women of England to prevent war.

Woolf immediately stresses that to do this, women may need “some knowledge of politics, of international relations, of economics, … in order to understand the causes which lead to war, Philosophy, Theology even, might come in usefully”. Woolf adds to her answer for the solution of matters of war that women have never fought a war and no man ever died because of the bullet fired by a woman, and so, women are never the cause of war. She poses a question about the assumption that women can stop the war, when they never initiated it. Moreover, on the other hand, English men have been supposed to defend their castle of England and so are supposed to fight or to stop fighting a war, especially when, women have never been considered capable of supporting this much patriotism.

According to Woolf men enjoy superior status because of the professions they choose for themselves and as women are not allowed to use such graceful profession, women are considered less noble. So, they too would want, like men, to be professional to earn money for them because the worst kind of profession would be better than asking for money. Woolf argues that women of her age have woken up and have understood that they too need the kind of education their brother have been having and so instead of contributing money to prevent war, they would love to contribute to develop a nation which does not want war. She believes that with their contribution a college may be established to teach equality and love for understanding the humanity.

After having established the need for women’s participation in the nobler professions and for earning money, Woolf discusses the marriage of women and the way they are taught by the society to prepare for marriage

After having established the need for women’s participation in the nobler professions and for earning money, Woolf discusses the marriage of women and the way they are taught by the society to prepare for marriage. She says that women have been developed and are taught to be beautiful only for a man who was busy in making his life. The women have been deprived of the streets and the practical knowledge of life in order to prepare for the marriage. This type of life allowed very few women to get university education and enter the civil services jobs as “many more daughters stay at home to look after old mothers than sons stay at home to look after old fathers” (p. 45). Moreover, if at all women work, they work as sisters, daughters and wives and are paid very little while men work as Judges, scholars, soldiers, and civil servant and are paid more than women. Woolf believes that if women were allowed to work equally, only then they could contribute to the society in a befitting manner. It can be done only when women sell their brain powers to the art they love just as they let the man control their body only whom they love for the preached chastity’s sake. It should be universally believed because they want to engage with the whole world to save it from war and spread love for humanity because “as a woman I want no country. As a woman my country is the whole world.”.

Woolf debates the matter with the angle of significance and nobleness of professions and believes that women work at home and their labour is not paid and as a result their work is not thought to be that noble as that of men because they are highly paid. She supports her claims of equality of profession and payment for women by quoting the right of women given in their religion. She narrates that at the demand of women to become the priest, the religious texts were explored and found that women were also the equal member of religion. But with the passage of time, all professions related to religion have been taken up by men. She further explains that even if women were allowed to become the paid members of Christian church, the salaries given to them were far less than men. For example, “in England in 1938 the salary of an archbishop is 15,000; the salary of a bishop is 10,000 and the salary of a dean is 3,000. But the salary of a deaconess is 150,”, even when her work was more exacting.

So, Woolf claims that women were in no way less capable mentally and so the denial of university education to them was totally baseless because when women were allowed university education, they proved their worth by excelling in almost every field of life. Accordingly, Women being the equal partners of life, could contribute much batter not only to prevent wars but also to spread love for humanity but only if they are educated equally, all profession are open to them and salaries and wages are given equal to them. It is because of the impact of these writings by women, that today such things, as referred above, are happening in the modern world and struggle of women for even better life is also going on.